What are elementary particles?

Elementary particles or subatomic particles like electrons, protons, and neutrons in physics or chemistry were discovered by Scientists Thomson, Golstine, and Chanweak. These three particles are the fundamental part of an atom of the periodic table chemical elements. 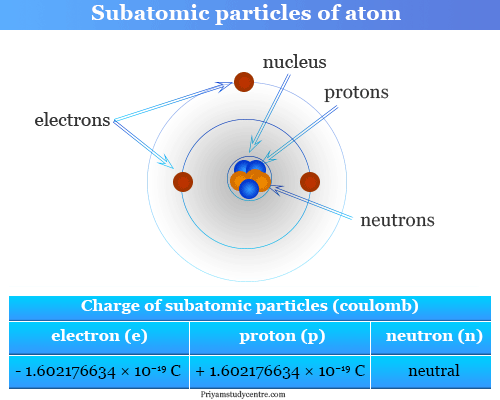 Fundamental particles like protons and neutrons are located in the positive charge nucleus. Electrons are the extranuclear subatomic part of an atom that carries the negative charge.

Present-day, the atomic structure, properties, and characteristics or types of chemical bonding in learning chemistry or physics are better described by the orbital energy level and electronic configuration of the elementary subatomic electrons particles.

The smallest discovered elementary subatomic particle is the quark, the basic building block of hadrons.

The idea about the different types of subatomic particles resulted from Faraday’s famous experiment (1837) or electrolysis of salt or acids bases by the passage of electric current.

Faradays establishes the quantitative relations between the amount of substance and the quantity of electricity. He suggested the electric current carries charged elementary particles or ions in the solution.

The standard model of different types of elementary subatomic particles was finely developed from the ionization of gases.

The pressure is quite low (0.01 mm), the tube remains dark (Crooks dark space) and the rays contain subatomic particles or cathode rays. It traveled from cathode to anode with definite properties.

The mass of electrons is very small in comparison to neutron or proton. It is only 1/1836 mass of a proton. Therefore, we can not consider the mass of an electron for calculating the mass number of an atom.

How to calculate charge of electron?

Faraday’s law of electrolysis of silver nitrate is used for the determination of the charge of the subatomic particles electron in physics or chemistry in science. Metallic silver uses as a reducing agent at the cathode by decreasing the oxidation number or gaining one electron. 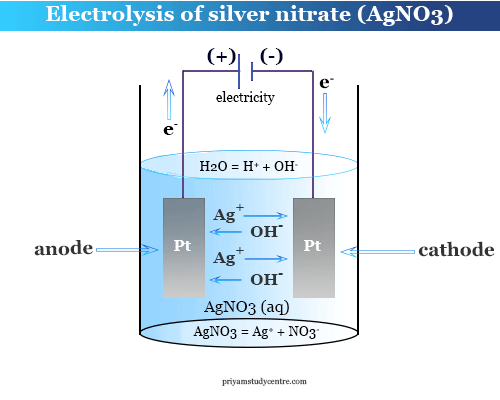 The Avogadro number of electrons produced 1 mole of silver at the electrode from this redox reaction. At the same time, 1 mole of electrons is removed from the anode, and 1 mole of nitrate ions is discharged.

Subatomic electron particle contributes negligibly to the mass of the atom but an atom is electrically neutral. Hence the nucleus of an atom must contain another subatomic particle called proton. It carries both the mass and positive charge of an atom.

Goldstein added a new feature to the discharge tubes by using holes in the cathode. With this modification, he observed that there appeared not only cathode rays but also a beam of positively charged particles traveling from anode to cathode. Some of the positively charged subatomic elementary particles passed through the hole in the cathode and produce a spot on the far end of the discharge tube.

Nature and location of subatomic particles proton found by Thomson in science.

For example, the helium atom is 4 times as heavy as an atom of hydrogen, hence the helium nucleus must be 4 times heavier than the subatomic particles proton.

To solve these facts Chadwick discovered a new fundamental elementary subatomic particle neutron found in the nucleus of an atom.

How to find the number of neutrons?

Rutherford suggested this shortfall must be made up by another elementary particle. Rutherford named this elementary atomic particle in advance, a neutron. It is electrically neutral, and mass equal to that of the proton. The glory of the discovery of elementary particles neutron is given to the scientist Chadwick, one of Rutherford’s students.

The mass number and the atomic number of oxygen 16 and 8 respectively suggested that the atomic nucleus of oxygen contains 8 protons or 8 neutrons on the nucleus.

The atoms of an element that contain the same number of subatomic proton particles but varying numbers of neutrons inside the nucleus name called isotopes. It belongs to the same atom and carries different types of mass numbers.