What is sodium chloride?

Sodium chloride (formula NaCl) is an essential inorganic salt which uses mainly to maintain blood pressure and balance our body fluids. It is found in most tissues and body fluids such as blood, sweat, and tear. Sodium chloride or commonly called table salt uses widely in food processing, cosmetics, and skincare products. 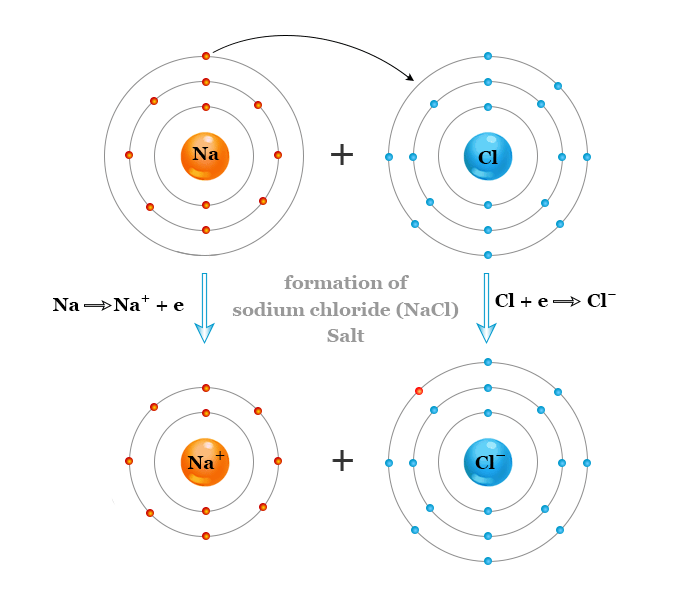 Sodium chloride dissolves in water to form a saline solution with pH ≈7. It is an ionic compound formed by the ionic bonding of sodium and chlorine atoms.

Naturally, it occurs in seawater and mineral halite. Rock salt or sodium chloride is an ionic compound that forms a white crystalline solid.

NaCl crystal belongs to a face-centered cubic crystal lattice. The arrangement of Na+ and Cl− ions in NaCl crystal is given below the picture, 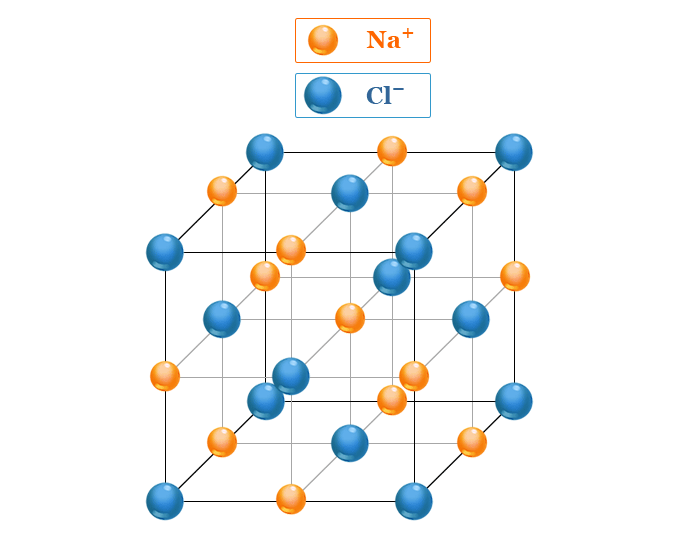 The two ions Na+ and Cl− then build up a packed type ionic crystal structure. The above picture shows that Cl− ions are located in the corner of the cube and center of the six faces while Na+ ions are located halfway between two chloride ions

Each sodium ion in NaCl crystal is shared equally by six chloride ions and each chloride ion by six sodium ions. The packing of two ions is repeated throughout in a non-ending pattern.

Sodium chloride is a white crystalline solid with a molar mass of 58.443 g. It is named common salt, rock salt, table salt, regular salt, sea salt, halite, and saline. NaCl provides flavors in food and is used as a binder and stabilizer.

It is soluble in water, ammonia, methanol, etc. The aqueous solution of sodium chloride is a good conductor of electricity due to the free movement of Na+ and Cl− ions.

Some common properties of NaCl are given below the table,

The seawater contains approximately 2.7-2.9% NaCl which is the major factor in the saline nature of seawater. It appears to be a white crystalline solid in pure form and dissolved in water to form a colorless solution.

The attraction between the Na+ and Cl− ions in the solid is very strong. Therefore, a highly polar solvent like water is used to make the NaCl solution. To make a saturated solution, we use 36 g of NaCl in 100 g of water at 293 K.

The pH of aqueous sodium chloride solution ≈7. NaCl is formed from the neutralization reaction of a strong acid (HCl) and a strong base (NaOH). Therefore, when NaCl is mixed with water, the solution is neither basic nor acidic.

It is used to make a wide range of domestic products such as plastic, paper, rubber, glass, chlorine, polyester, household bleach, soaps, detergents, and dyes.

Sodium chloride is an important inorganic raw material that uses for the production of various industrial chemicals.

These industrial chemicals are used widely in the Soda-ash industry for manufacturing glass, dyes, and many other domestic and commercial products.

Water softening is the process of removal of calcium, magnesium, and other metal cations from hard water. The resulting soft water does not build up insoluble scales or precipitates in household and industrial equipment and pipes. Hard water interferes cleaning process of soap.

Commercial and residential water-softening units use ion-exchange resins to remove calcium, magnesium, and other metal cations from hard water. These resins which use in the water softening system can generate and regenerated by NaCl or KCl salt.

In medicine, we use different forms of sodium chloride such as injection, solutions, and drops. NaCl dissolves in water to form a saline solution.

FDA suggests that consuming too much NaCl salt can cause various health problems. It mainly causes high blood pressure or hypertension.

Intravenous or IV saline (0.9% NaCl) may be used to treat dehydration and electrolyte imbalance. It is also used in nasal sprays and eye drops.

According to U.S. Food and Drug Administration (FDA), the sodium chloride ingredient is safe to use.

What is cyclophosphamide? Cyclophosphamide (CP) or cytophosphane is one of the most useful antineoplastic agents used in medicinal chemistry for the treatment of cancer and...