After completing this quiz question set, students can see the answer and score of this online test series of atomic structure or theory.

Below the picture, we can discuss the different quantum numbers of atoms that help to solve this chemistry quiz set of atomic theory. 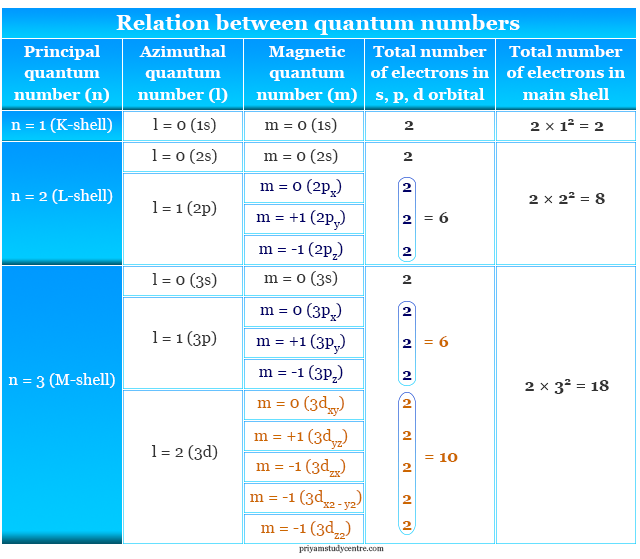 According to the Rutherford model, the entire mass of an atom was concentrated in a tiny positively charged nucleus and around which the extranuclear electron particles move in constant motion. But a moving charged particle emits radiation with the loss of kinetic energy and eventually hits the nucleus of an atom.

To resolve the anomalous position Bohr model of hydrogen was proposed, which is based on several novel postulates.

Modern structure and properties of the atoms or molecules based on the electronic configuration suggested the chemical bonding and position of the chemical element on the modern periodic table.