What is chemical bonding?

Chemical bonding or chemical bond is the different types of force that binding together by two common atoms or groups of atoms forming an aggregate of ions or molecules by lowering of energy. The definition and formation of ionic, covalent, metallic, and hydrogen bonding or bonds explain the different types of properties like polarity, dipole moment, electric polarization, oxidation number or state, etc. 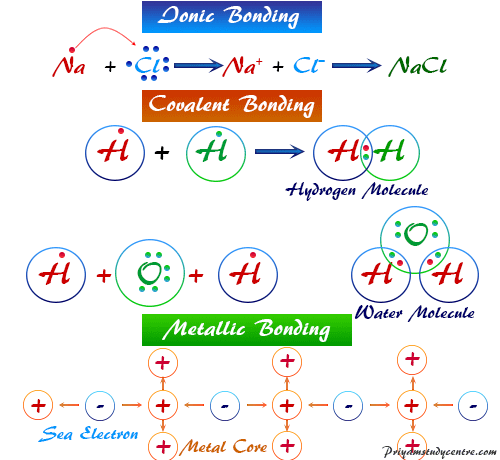 Ionic, covalent, metallic, and hydrogen bonding are the common types of bonding in chemistry or science. But there will be many examples of chemical bonding whose properties and structure indicate the bonds of intermediate types, which are called the coordinate covalent bond.

The fundamental questions in learning chemistry, since the beginning, the forces responsible for the formation of bonds in the chemical compound.

After nearly a century of confusion, Kekule, Van’t Hoff, Le Bel, Lewis, and London in the nineteenth century gave the definition of chemical bonding. It was easily realized that the number of atoms or groups of atoms combines to form the ions or molecules.

What is ionic bonding?

The electrostatic forces bind together oppositely charged ions in chemical compounds responsible for the formation of ionic bonds. Therefore, the ionic bonding in the molecule is formed by the transfer of electron or electrons from an electropositive metal to an electronegative non-metal atom.

The formation of sodium chloride and calcium oxide is given below the picture, 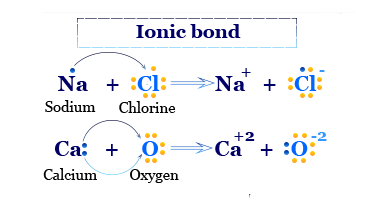 Every halogen atom has seven electrons in its outermost orbital. Therefore, the halogen atom gains one electron by chemical bonding to attain the stable electronic configuration of the next noble gas molecule.

On the other hand, alkali metal with very low ionization energy has one electron in the outermost orbitals. Therefore, alkali metal tries to lose this electron for the formation of chemical bonding to form a stable noble gas electronic configuration.

These two oppositely charged ions are associated or bonding together by electrostatic attraction to form sodium chloride crystalline solid.

What is covalent bonding?

G.N. Lewis in 1916 first proposed the formation of chemical bonds in the molecules by atoms without any transference of electrons from one to another. Lewis suggested that the union of atoms by bonding in molecules,

These types of bonds are formed by the sharing of electrons pair between the atoms. In such a way, the participating atoms complete their octet or form a stable noble gas electronic configuration.

In each bonding, the chemical atom attains its stable inert gas configuration. In the case of the hydrogen atom and carbon atom in methane molecule where hydrogen atom bonding with carbon by sharing of electrons. 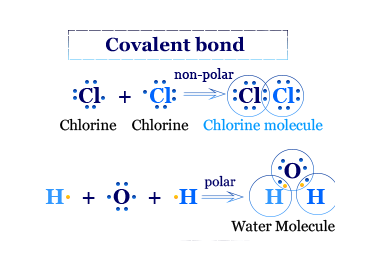 Lewis structure explains clearly the formation of covalent bonds through the sharing of electrons and also the most chemical behavior like polarity, dipole moment, or polarization of covalent compounds. But the theory does not provide the mechanism of sharing obtained from the learning of wave mechanics.

What is coordinate covalent bond?

The sharing of electrons equal to the partner is not common for the definition of covalent chemical bonds sometimes.

For the formation of the bond between boron trichloride and ammonia, both the electrons come from ammonia. Hence such types of chemical bonding is an example of coordinate covalent bond. Here ammonia acts as Lewis acid, and boron trifluoride acts as Lewis base,
NH3 + BF3 → F3B←:NH3.

What is metallic bonding?

Metals are a good conductor of electricity. The formation of the metallic bonds given crystalline solid with high coordination numbers of 12 or 14.

The atoms in a metal are identical they can not show ionic properties because the ionic compounds are formed between two different atoms.

Covalent bonds are also not possible for metal. In covalent compounds, much weak Van der Waals force acts between the two bonding chemical atoms. It can not explain the rigidity of the metal atom.

Why do atoms form bonds?

We easy to learning that the ions forming ionic bonding by electrostatic attraction. But not clear that which forces holding the two atoms in the covalent bonds.

After the development of quantum mechanics, valence bond and molecular orbital theory explain better the chemical nature of covalent bonding. Another type of bonding like hydrogen bond uses for explaining some common physical properties of the compound.

What is hydrogen peroxide? Hydrogen peroxide molecule has molecular formula H2O2 having an interesting skew structural unit. It is used widely in industrial solutions and...