What is an electron particle?

Electron, the lightest subatomic or elementary particle of atom carries a negative charge, −1.602176634 × 10−19 coulomb or −4.8 × 10−10 esu. Like other particles, an electron has mass, energy, momentum (particle properties), and wavelength or frequency (wave properties) derived from the de-Broglie relation (E = hν = hc/λ). The distribution of electrons for nitrogen atom is given below the picture, 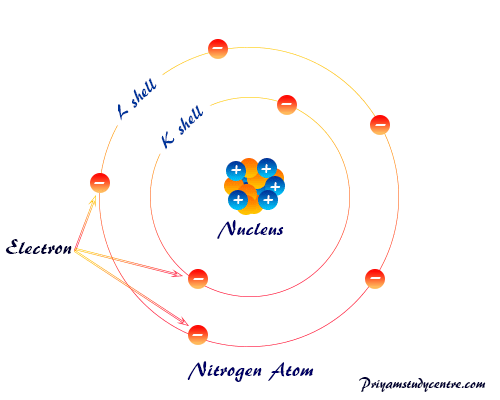 The electrons were discovered by the British physicist J.J. Thomson in 1897 during the investigation of the properties of the cathode rays over twenty years. Gas discharge tubes contain a positive electrode (anode) and a negative electrode (cathode) with provisions of evacuation given below the picture, 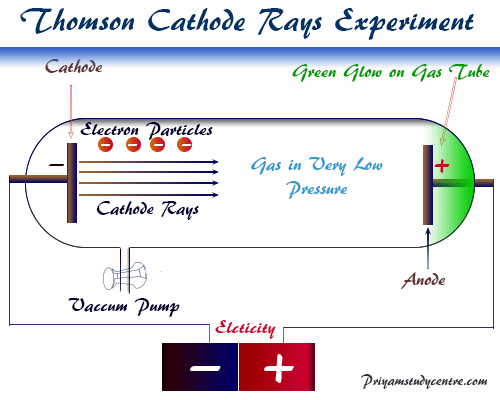 Under normal conditions, gases are poor conductors of electricity but at low pressure, conduction of gases occurs. When the gas discharge tubes are partially evacuated and the electrodes are connected to the source of high voltage electricity, an electric current flows through the tubes.

The flow of current produces glow or rays of light which originated from the cathode surface and traveled from cathode to anode. These rays are called cathode rays. Thomson showed that the rays or electromagnetic radiation can be bent from their path both by the electric and magnetic fields.

From the above facts, he proved that the cathode rays are made up of negatively charged subatomic particles or electrons of an atom.

Thomson measured the charge to mass or e/m ratio (1.76 × 10−8) of an electron. The absolute charge was determined by the American physicists Robert Millikan and Harvey Fletcher in their oil-drop experiment.

Charge and mass of electron

How to calculate charge of electron?

Electrolysis of silver from an aqueous solution of silver salt is a suitable process for the determination of the charge of electrons. A constant current I (ampere) passes through the silver nitrate solution during the time t.

The amount of electricity required to decompose one gram equivalent substances is called one faraday (F) = 96496 ≈ 96500 coulombs. The charge of 96500 coulombs can be considered as the charge carried by a mole of electrons.

Distribution of electrons in different shells 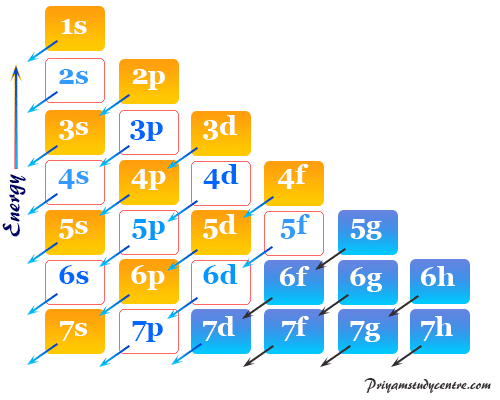 The electrons are distributed in the orbitals in a definite order and the detailed modern structure of an atom is obtained from the electronic configuration of the atom.

The distribution of electrons in different shells not only provides the size of an atom but also suggests properties like chemical bonding, ionization energy, electron affinity, electronegativity, oxidation number or state, electromagnetic spectrum, thermal conductivity, etc.

Due to the stable electron arrangement of inert or noble gases like helium, neon, krypton, and xenon are chemically inert. From helium to xenon chemical reactivity increases because the size of the atom increases and ionization energy decreases.

Fluorine, chlorine, and bromine easily gain one electron to form the next noble gas configuration, and lithium, sodium, and potassium stabilize by losing one electron from the valence shell.