Atomic number of chemical elements in chemistry is the number of protons of an atom by which the elements are arranged in the periodic table. The modern periodic system is formed on the basis of atomic number and electronic configuration but Mendeleev’s classification is based on the atomic weight or mass of an element. 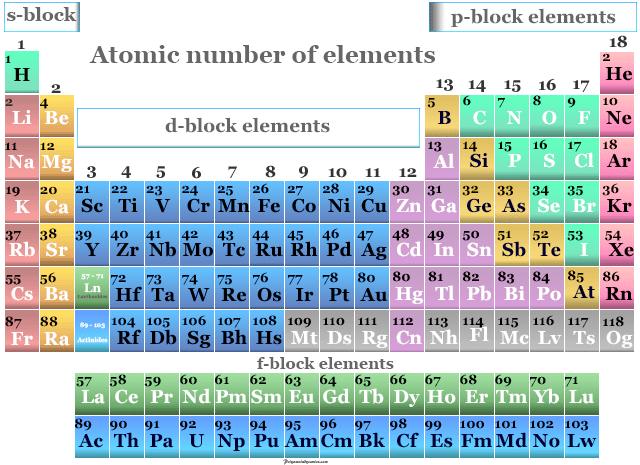 In learning chemistry, a good correlation between electromagnetic spectrum (X-ray) and atomic number indicated that an element is characterized by its atomic number, not atomic weight. The trends and properties like ionization energy, electron affinity, shielding effect of an atom are better to describe by its atomic number.

Rutherford model or alpha ray scattering experiments allow for the determination of the positive charge of the nucleus of an atom. The identification of the nuclear charge and the atomic number of an element established by electromagnetic spectrum data find from the x-ray discovered by Moseley.

The most reasonable interpretation of the Mosely experiment, the atomic number of elements is equal to the number of protons in the atomic nucleus. To maintain electroneutrality, the atom must carry an equal number of extranuclear electrons.

The mass number or atomic mass number (symbol A) is the total number of protons and neutrons in an atomic nucleus. It is the nearest integer of atomic weight. If an element has mass number A and atomic number Z. The shortfall of (A − Z) determines the number of neutrons in the nucleus of an atom.

For example, the atomic number and mass number of hydrogen are equal to one. Therefore, the hydrogen atom does not carry any neutron inside the nucleus. 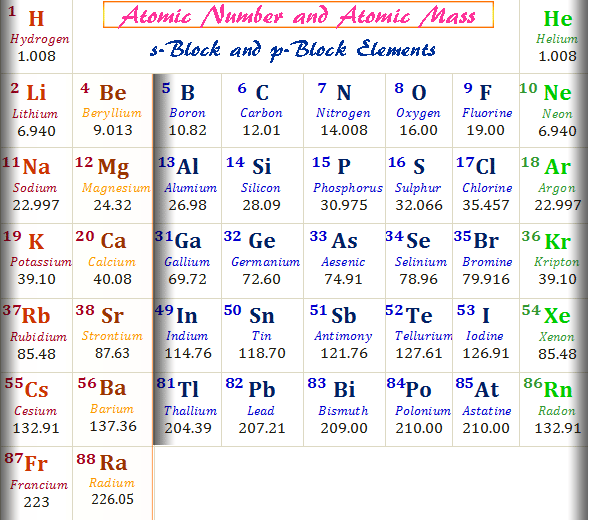 On the physical scale of atomic mass or weight, the natural oxygen atom (relative weight 16) is taken as the reference. But natural oxygen was found to be the mixture of three isotopes of mass number 16, 17, and 18 with the percentage of abundance 993575, 0.039, and 0.204 respectively.

The atomic mass of an element meaning the number that says how much heavy an atom of chemical elements is compared to one-twelfth of the carbon-12 isotope.

The gram atomic weight of an element determines the mass in gram that represents the same number of atoms as twelve grams of C-12 isotope.

What is atomic mass unit?

What is molecular mass?

How to find atomic weight of an element?

Scientists Stas in chemistry uses silver and chlorine to find the atomic weight or mass of the chemical elements.