What is Ionic Bonding?

Ionic bonding is the electrostatic force that binds together oppositely charged ions formed by the transfer of electron or electrons from an electropositive metal to an electronegative non-metal atom. We know that sodium and chlorine react vigorously to yield crystalline solid sodium chloride. The crystallographic study suggests that there is no single sodium chloride molecule in the NaCl crystal lattice. Each sodium ion is surrounded by six chloride ions in a non-ending pattern by electrostatic forces of attraction or ionic bonding.

Every halogen atom has seven electrons in its outermost orbital and needs one electron to attain a stable electronic configuration of the nearest noble gas. On the other hand, every alkali metal has one electron in the outermost orbital and tries to attain a stable electronic configuration by losing one electron. Therefore, they are combing by the electrostatic force of attraction to form the ionic compounds like NaCl, KCl, NaBr, KBr, etc. The formation of an ionic compound like NaCl by chemical bonding between the sodium atom and chlorine atom is given below the picture. 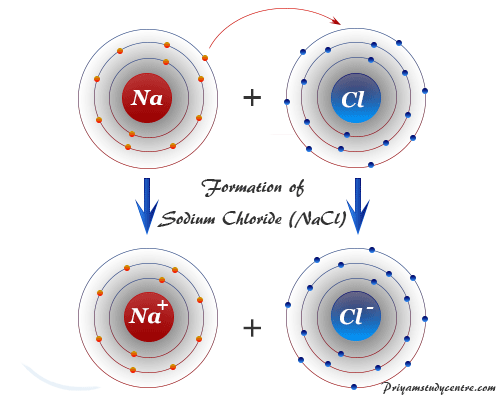 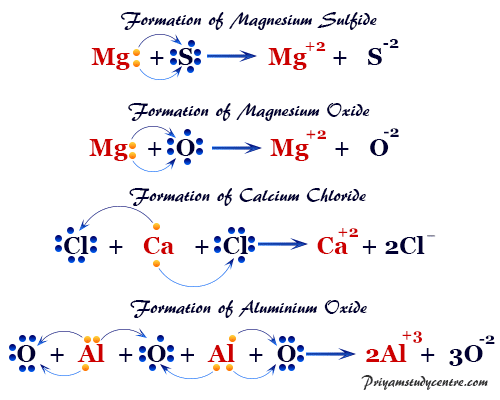 The large size of the metal atom or ion is favored for the formation of ionic compounds because with the increasing atomic size ionization energy decreases. Again the small size and low charge on the anions will be favored for the formation of ionic compounds because these factors increase the electron affinity or electronegativity of the atom. The unexpected result is sometimes observed. For example, the second electron affinity of oxygen is negative but it forms ionic bonding or compounds with alkalis or alkaline earth metals.

What is valsartan? Valsartan (brand name Diovan and others) is a class of medication used for the treatment of high blood pressure, heart failure, and...

Irbesartan medication Irbesartan (brand name Avapro and others) is a medication used for the treatment of high blood pressure or hypertension, heart failure, and kidney...

What is uranium? Uranium is a silvery-white radioactive chemical element or metal present in the f-block of the periodic table with the symbol U and...

What is losartan? Losartan (sold under the brand name Cozaar) is a medication used for the treatment of high blood pressure or hypertension, heart failure,...

What is ramipril? Ramipril is a class of ACE inhibitors used for the treatment of high blood pressure (hypertension), heart failure, and diabetic kidney disease....
© 2022 by priyamstudycentre.com