What is a solvent?

A solvent in chemistry is a chemical substance in which other types of materials dissolve to form a solution. It is the major component of a chemical solution. Commonly, solvents are liquid but they may also exist as a solid, gas, or supercritical fluid. 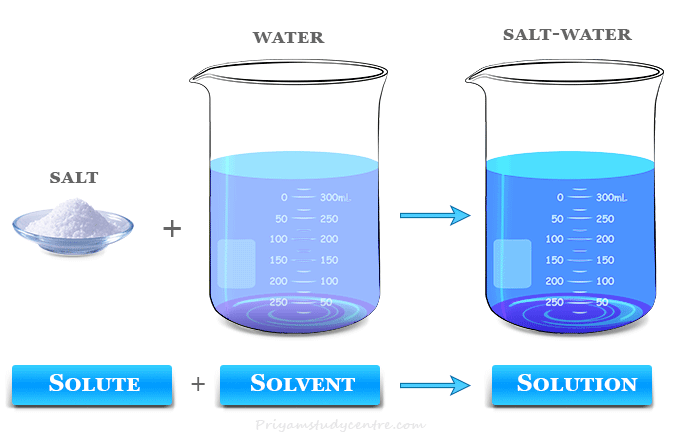 The solvent is broadly classified into two types polar and non-polar. Most common examples of liquid solvents may include water, ammonia, benzene, ethanol, methanol, acetone, etc. These inorganic and organic solvents are used to dissolve the solutes to form a homogeneous mixture.

Water is the most common polar solvent which we used for dissolving various types of chemical substances and organic molecules such as ions and proteins present in a cell.

The solvent may be toxic or non-toxic in nature. Water and benzene are commonly used solvents in many industrial and household products due to their low toxicity.  In recent years, the green chemistry movement used to design, develop, and implementation of non-toxic and sustainable chemical solvents.

Different types of solvents may be classified in a number of ways depending on their physical and chemical properties. Commonly, solvents are classified into two categories,

The dielectric constant of the solvent provides the rough measurement of solvent polarity.

Ionizing solvents are polar or ionic in nature. Hence, they can dissolve ionic compounds and initiate ionic reactions. Polar solvents exist as ions in their pure state. Therefore, they are the weak conductors of electricity. These types of solvents have a high value of dielectric constants and a strong tendency to form associated structures.

Many polar solvents like water, alcohols, and other hydroxyl-containing substances such as acetic acid have the ability to form hydrogen bonding with solute molecules.

Non-polar solvents are non-ionic in nature. Therefore, they can dissolve only natural or non-polar compounds and do not initiate ionic reactions.

On the basis of proton donner and proton acceptor properties, the solvents may be classified in three ways,

A protic solvent has a hydrogen atom in its formula. In other words, it is a solvent that contains a labile H+ ion. They have the ability to form hydrogen bonding. These solvents are of two types, acidic or photogenic and basic or protophilic solvents.

The solvent that neither donate nor accept protons is called an aprotic solvent. They may or may not have hydrogen atoms in their formula. Benzene, chloroform, sulfur dioxide, and carbon tetrachloride are examples of aprotic solvents.

An amphoteric solvent contains hydrogen in its formula and it donates or accepts protons depending on the nature of reacting species. It acts as an acid and base. Therefore, it is amphoteric in nature.

These types of solvents dissociate freely into protons and anions. Common examples of amphoteric solvents are acetic acid and water.

The general properties of solvents depend mainly on

Some common examples of solvents with their properties are listed below the table,

A solvent is a chemical that uses,

Therefore, a solvent is broadly defined as a liquid or gas which uses for dissolving or extracting other substances in chemical industries.