What are noble gases? 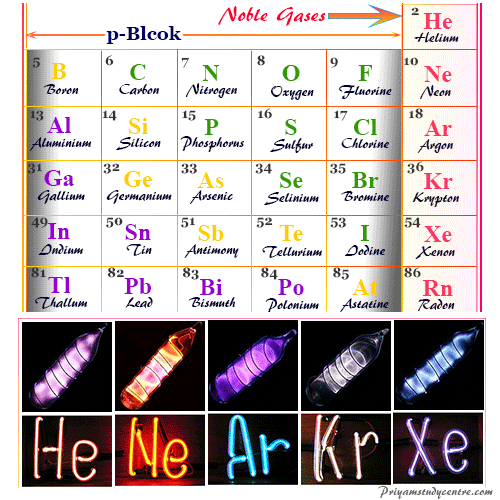 Why are noble gases unreactive?

Noble gases are unreactive due to the filled valence orbital configuration. The lack of chemical reactivity of noble gases was the reason to call them inert. In fact, prior to 1962, no true compound was known. They only formed clathrates or cage compounds with water and pare quinol through the hydrogen bonding network.

The noble gas in the periodic table was discovered through its physical properties like electromagnetic spectrum and gas density. In 1785, English chemist and physicist Henry Cavendish observed that a sample of air always leaves a small residue of substance (about 1/120th part) after repeated sparking air with excess oxygen.

The first discovery of noble gas was found nearly one hundred years after this observation. The fine experiment was done after a century by Sir William Ramsay, a Scottish chemist, and Lord Rayleigh, an English physicist 1894. Lord Rayleigh observed that nitrogen isolated from atmospheric gases was 0.5 percent heavier than nitrogen prepared chemically.

A yellow line was observed close to the sodium D-lines in the spectrum of sun chromophore during the total solar eclipse.

Lockyer and Frankland assigned this to a new element which they named helium (Greek helios meaning sun). The same line was observed by L Palmieri in the spectrum of volcanic gases.

Discovery of neon, krypton, and xenon

The valence shell of noble gas contains complete s- and p-orbital, which is a very stable configuration. Therefore, the energy required for the promotion of an electron to the next available vacant orbital is quite large.

For example, the promotional energy for xenon is very large equal to 963 kJ mol−1. The fact suggests that covalent bonding involving sp3d or sp3d2 valence state is highly unfavorable for xenon. Ionic chemical bonding to form the compounds of the type Xe+F− is similarly difficult due to high positive entropy and free energy.