What is dipole moment in chemistry?

Dipole moment in chemistry expressed the polar character or polarity of the molecules. The product of charge and distance of separation of atoms in chemical bond defines the term dipole moment of molecules. If +q amount positive charge separated by −q amount of negative charge by the bond distance l, then dipole moment (μ) of polar molecule = q × l. 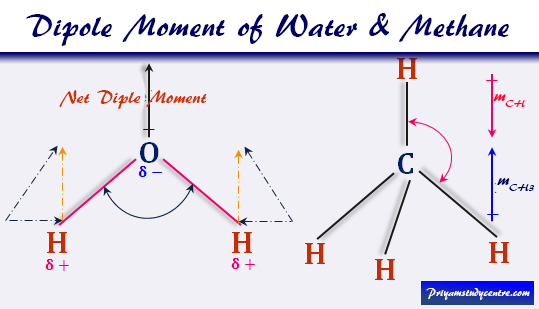 Perfectly non-polar molecules like hydrogen, oxygen, and nitrogen have zero dipole moment. The polar molecules like water, ammonia, and methane have positive values.  It is a tool used to calculate the percentage ionic character, electric polarization, and residual charge on the atoms of the molecules.

What are polar molecules?

In the SI system, the charge is expressed in coulomb and the length is meter. Hence the unit of dipole moment in the SI system is the coulomb meter.

It is used for the calculation of the percentage ionic character, bond angle, electric polarization, and residual charge on the atoms in the molecules. It also helps to determine the size or shape of molecules and the arrangements of chemical bonds in the molecules.

Dipole moment data is used to calculate the percentage ionic character of covalent or ionic heteronuclear diatomic molecules. Let us consider a molecule AB having the observed dipole moment = μobs and the bond length l cm. 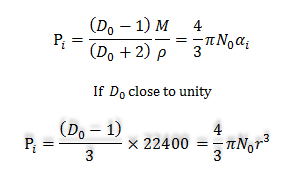 It is used to define the structure, bond angle, bond energy, and polarity of different molecules in chemistry. Mono-atomic noble gases and benzene are non-polar because the charge of the constituent atom is distributed symmetrically.

Homonuclear diatomic molecules like nitrogen, oxygen, and chlorine have zero dipole moment due to the symmetrical charge distributions and similar electronegativity and ionization energy.

Due to the difference in electronegativity of the constituent atoms in heteronuclear diatomic molecules are always polar. Hence the electron pair is not equally shared in the hydridized orbital and shifted to the more electronegative atom. Therefore, μHCl = 1.03 Debye, μHBr = 0.79 Debye, μHI = 0.38 Debye, μHF = 2.00 Debye.

The electronegativity difference between carbon and oxygen in CO is very large but the dipole moment of carbon monoxide is very low. This suggested that the charge density in the oxygen atom somehow back-donated to the carbon atom. Hence CO formed a coordinate covalent bond directed towards the carbon atom to decrease polarity.

How to calculate dipole moment?

Carbon dioxide (CO2), beryllium chloride (BeCl2), and stannous chloride (SnCl2) have zero dipole moment indicating that the molecules have symmetrical linear structures. In CO2, one carbon-oxygen bond cancels the bond moment of the other carbon-oxygen bond.

What is bond moment?

The electric moment associated with the bond arising from the difference in electronegativity is called the bond moment (m). In a molecule, the vectorial addition of the bond moments is used for the calculation of the μ.

For H2O, H2S, and SO2 molecules, θ < 180°. Therefore, these molecules are non-polar because they have non-linear structures. 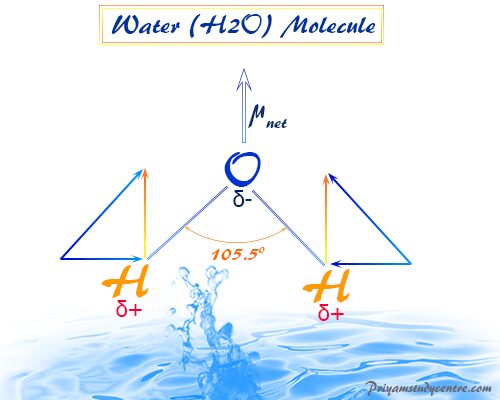 Form the above formula θ = 105°. Therefore, the contribution of non-bonding electrons toward the total dipole moment is included within the bond moment of water.

Dipole moment of BF3 and BCl3

Boron trichloride (BCl3), and boron trifluoride (BF3) are the tetratomic compound having dipole moment zero, indicating that they have a regular planar structure. 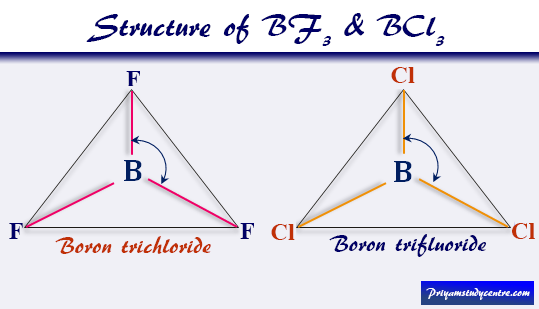 From the above picture, three halogen atoms are on a plane at the corner of the equilateral triangle and a boron atom at the intersection of the medians. Therefore, the μnet of the BCl3 and BF3 is zero.

Dipole moment of NH3 and PH3

Other types of the molecule such as ammonia (NH3) and phosphine (PH3) are polar, where μ≠0 indicated that the molecule has a pyramidal structure. Hence three hydrogen atoms are on the plane and nitrogen or phosphorus atoms at the apex of the pyramid in the NH3 or PH3 molecule.

NF3 shows a very small bond moment although there is a great difference in electronegativity and electron affinity between nitrogen and fluorine atoms and a similar structure of NH3.

Methane (CH4), carbon tetrachloride (CCl4), and platinum chloride (PtCl4) are examples of penta atomic molecules having zero dipole moment. This suggests that they are either regular tetrahedral or square planer structures. But the polar molecules of this type have pyramidal structures.

For the calculation of the dipole moment of methane, let us discuss the structure of methane. In methane molecule, the valence shell electronic configuration of central carbon atom 2s2 2p2. Hence the carbon atom in methane sp3 hybridized to form a regular tetrahedral structure with the angle of each H-C-H = 109°28ˊ.

It can be shown that the group moment of the methyl group (mCH3) is identical to the bond moment of a carbon hydrogen bonding (mCH).

Therefore, two bond moments cancel each other to show zero dipole moment in the CH4 molecule. It can be also calculate by another methods, µmethane = mCH (1 + 3 Cos 109°28՛) = 0.

A similar calculation is done for μ of hydrocarbon like ethylene, propylene, butylene, etc, and alcohol in organic chemistry. The bond moment of mOH = 1.6, mC-O = 0.7, mCH3 = mCH = 0.4 Debye. Therefore, the resultant dipole moment of methyl alcohol = 1.56 while the observed value = 1.65 debye.