What is covalent bond?

Covalent bond or covalent bonding may be defined as the sharing of one or more electron pairs with similar or dissimilar atoms. Each atom contributes one electron to form electron pair in this type of chemical bonding. 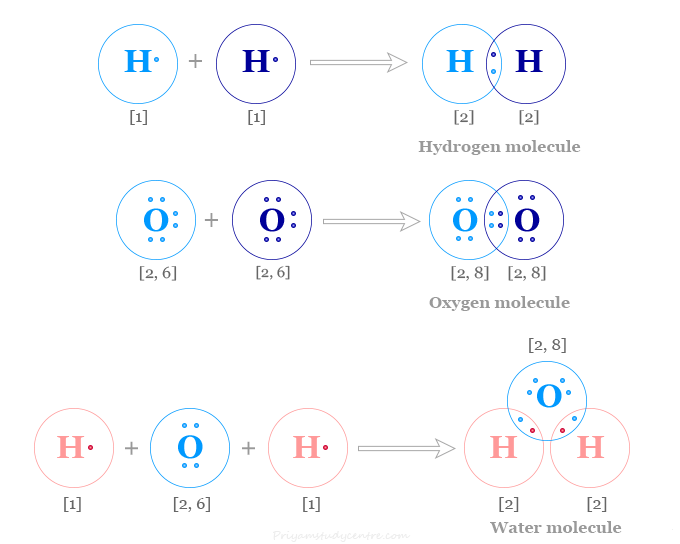 The compounds like hydrogen, chlorine, oxygen, water, and hydrocarbons (methane, ethane, propane) are formed by covalent bonding. In such a way the participating covalent bonding atoms complete their octets structure.

It is easy to understand the formation of the ionic bond by the definition but much more difficult to understand covalent bonds in chemistry. An ionic bond is formed by the transference of electron or electrons from one atom to another.

In 1919 American scientist G. N Lewis defined a covalent bond as the forces holding together atoms through the sharing of electrons.

American scientist G. N Lewis first points out that, it was possible for forming the covalent bond in a molecule to attain an inert gas structure without any transference of electrons or ionic bonds.

The mechanism of sharing electrons is given by quantum mechanics.

How to draw Lewis structures?

When two atoms form covalent compounds, they attain a noble gas configuration in their valence shell. This is known as the octet rule. In a hydrogen molecule, each of the hydrogen atoms shares one electron to attain a 1s2 configuration.

Exceptions to the octet rule

In BeCl2, BF3, PCl5, ClF3, ICl3, SF6, and NO are examples of molecules in which the octet rule breaks down. The atoms have electrons either less than eight (incomplete octet) or more than eight (expansion of octet)

According to the number of electron pairs, the covalent bond may be three types

Single covalent bonds are formed by the sharing of only one electron pair between the bonded atoms. A chlorine atom has seven electrons in the outermost quantum energy level.

According to Lewis, two chlorine atoms unite to form the covalent chlorine molecule. By covalent chemical bonding, each atom contributes electrons to make a pair that may be shared by both atoms.

These types of bonds are formed when the atoms bonded together by sharing two or three electron pairs respectively. 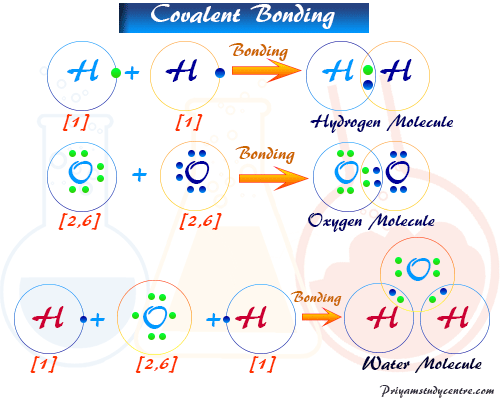 The binary homonuclear covalent molecule has to be nonpolar. Since the bonding elements possess the same electronegativity. In such cases, the bonding electrons are shared equally by two atoms.

Heteronuclear polar diatomic molecules are polar due to differences in their electronegativities. However, electronegativity is the not only part of polarity. The polarity of a covalent bond or molecule is also decided by the composition and geometry of the molecule.