Sodium is a soft, low melting, silvery white alkali metal or chemical element of Group 1 or IA of the periodic table with the symbol Na and atomic number 11. It is extensively involved in our life process and many of its compounds are used from the early days of human civilization. It was first isolated by Humphry Davy in 1807 by the electrolysis of sodium hydroxide (NaOH). 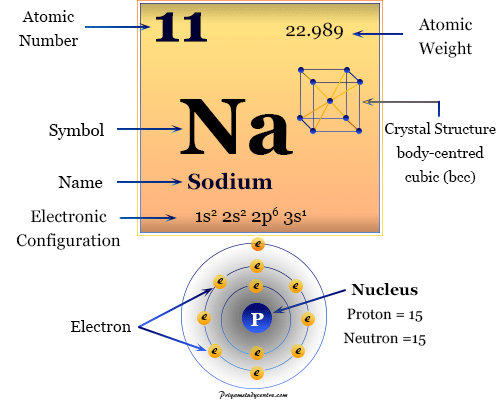 Position of sodium on Periodic table 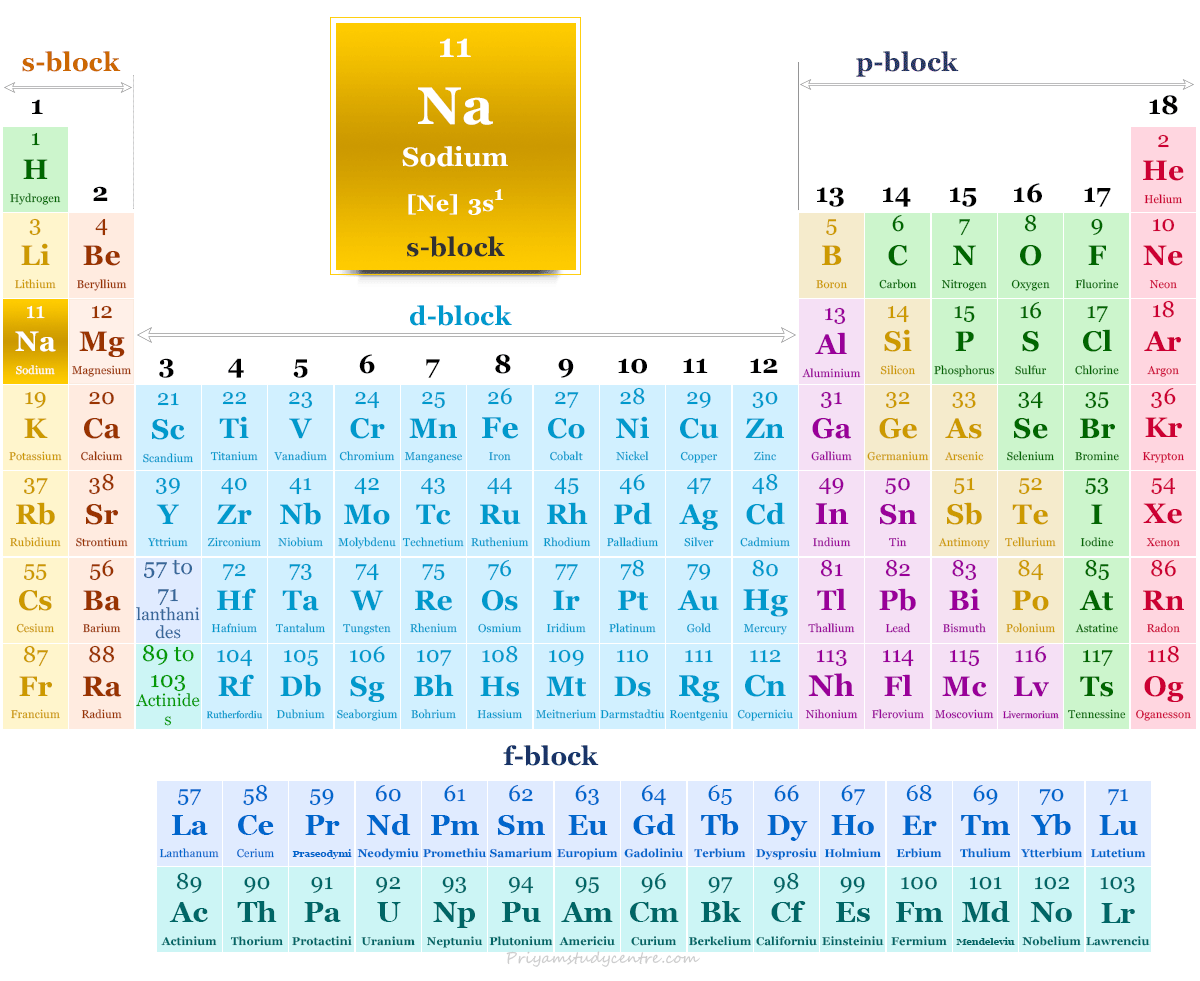 Where is sodium found?

Sodium is the seventh most abundant periodic table element and the fifth most abundant metal after aluminum, iron, calcium, and magnesium. It has found 22,700 ppm in the earth’s crust. It has occurred in many minerals like rock salt (NaCl), carbonate (trona), nitrate (saltpeter), borate (borax), etc.

The vast deposit of rock salt may be obtained by the evaporation of ancient seas. The Cheshire salt field in the United Kingdom occupies areas of (60 km × 24 km) and a nearly 400-meter thick layer. Similar deposits are found in Saskatchewan, Canada, and Carlsbad, New Mexico. Besides the rock salts, natural brines and oceanic waters contain large amounts of sodium chloride.

Sodium is made by the electrolysis of a fused mixture of NaCl and CaCl2. The temperature for electrolysis is considerably lower than the melting point of pure sodium chloride (803 °C). Therefore, the difficulties from the volatility of Na (boiling point 883 °C) are largely eliminated.

Under such conditions, the discharge potential of the Na+ ion is lower than that of the Ca+2 ion. It is preferentially deposited with 1 to 2 percent of calcium metal in a cylindrical steel cathode. Chlorine liberated by this production process at the central graphite electrode (anode) is collected through the nickel dome.

The first ionization energy of metal is more than compensated lattice energy suggesting that most of the compounds are formed by ionic bonding. Hence major chemistry of the element is dominated by ionic bonding. The reactivity of alkali metals towards water increases from lithium to cesium.

At 25 °C water reacts with lithium slowly, sodium reacts vigorously, potassium reacts with flame, and rubidium and cesium react with the explosion. It burns with air or oxygen to give Na2O2. Sodium reacts with carbon to form acetylides Na2C2. It forms a series of crystalline solid salts with different types of anions that are soluble in water.

It reacts directly react with hydrogen when heated to form an ionic hydride containing H− ion. All the alkali metal halides are colorless, water-soluble crystalline solids formed by the reaction of MOH or M2CO3 with appropriate HX.