Steel is essentially a refined alloy of iron that contains a lower percentage of carbon to improve the mechanical strength of the metal. It is used in different types of manufacturing and construction industries of the world. Steel is making by refining cast iron followed by the addition of alloying chemical elements like carbon, silicon, manganese, cobalt, nickel, chromium, etc. It is the most widely used building material in the world infrastructure and industries, uses for making everything from sewing needles to large useable tools. 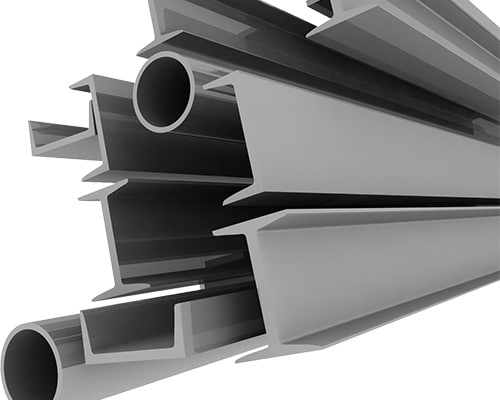 Types, Composition and Uses of Steel

Steel is the principal material or alloy of iron widely used in different types of structural units. Mild steel is used for making most of the machine parts, tools, and utensils. The mechanical and corrosion properties of steel are modified by alloying with silicon and different transition metal like nickel, manganese, chromium, titanium, vanadium, and tungsten, etc.

The iron-carbon and iron silicon phase equilibrium play a vital role in the mechanical and technical strength of alloys of iron or steel. The varying properties and uses of steel by carbon are mainly associated with the formation or distribution of hard carbide (Fe3C) compounds or cementite.

The steel production process consists of some general steps. First, we remove the carbon, sulfur, and phosphorus from molten pig iron by oxidation usually by oxygen. In this process, carbon and sulfur oxidize to form carbon dioxide and sulfur dioxide and escape. The impurities like manganese, silicon, and phosphorus also form oxides which combine with lime to form slag.

Next, separate the slag followed by the addition of requisite quantities of deoxidizer and other alloying elements. A reducing agent like petroleum coke together with ferrosilicon and ferromanganese is used as the deoxidizer, they reduce any left FeO. The technique of steel production has undergone vast changes in the last fifty years. At present, it is going through the basic oxygen, open-hearth, and electric arc processes.

In this process, the conversion of steel is carried out on the hearth of a furnace heated by burning gas or oil in air or oxygen. The hearth is lined with dolomite, magnesite, cast iron, and scrap iron with 5 to 6 percent of lime and melted. Oxygen is injected into the furnace through a water-cooled pipe to remove the impurities. The process is required a much longer time than the basic oxygen process.

Different types of high-grade steels are prepared in the electric arc furnace going through the direct arc and indirect arc process. Direct arc furnaces are usually fitted with three electrodes that penetrate the furnace crucible and strike short circuits between their extremities and the molten charge.

In indirect arc furnaces, the arc is struck between two large electrodes, and specific heat from the electrode is heated to the charge. In different types of steel-making processes, the charge consists of solid scrap iron, pig iron, coke, and anthracites if enough cast iron is not present. Melting and alloying of steel are also conveniently carried out in induction furnaces which contain a vertical basin around which an induction coil wound.

What is palladium? Palladium is a chemical element or silvery white, lustrous, malleable, high density metal of group-10 of the periodic table with atomic number...