What is Infrared Spectroscopy? 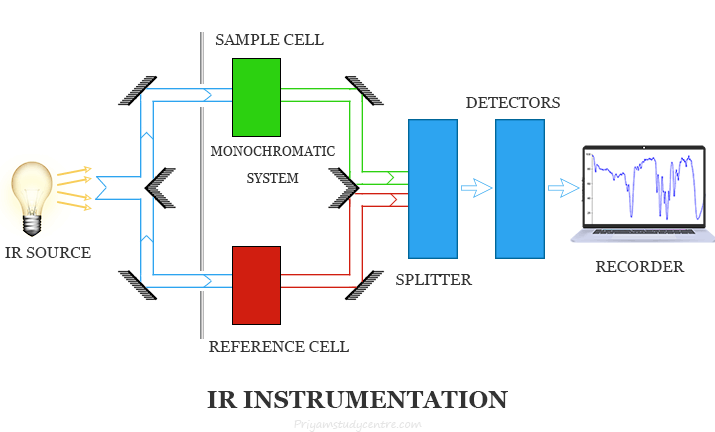 An IR spectrometer is the finest tool for the characterization of various inorganic and organic compounds. Infrared radiation is electromagnetic radiation having a wavelength range of 0.7-1000 μm and a frequency range of 14000–10 cm−1.

Analysis of frequencies in infrared spectra provides a piece of information about the flexibilities of the chemical bond, bond dissociation energy, and bond length of the molecule. IR spectra can also help to identify the functional groups, isotropic mass, etc. Therefore, it is a very important tool for the structural study of molecules.

Regions of the Infrared spectrum 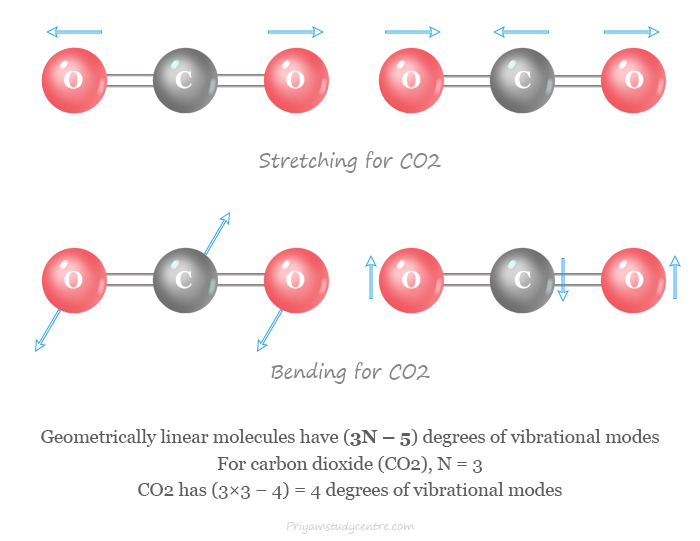 The main components of the IR spectrometer are,

The most commonly used radiation source for IR instrumentation is a Nernst or Glower’s lamp. It is made of zirconium oxides and the hallow yttrium rod with 2 mm in diameter and 30 mm in length. It is heated to 1500 to 2000 °C and gives radiation up to 7000 cm−1.

A global source is used in a few IR instruments with transmittance in the range of 5200 cm−1. The radiant energy in global sources decreases less rapidly.

Sample cells and sampling of substances

IR spectroscopy has been used for the characterization of solid, liquid, or gas samples but sample handling creates a number of problems in IR spectroscopy.

The most commonly used detector in IR instruments is bolometer. A bolometer provides an electric signal by a change in the resistance of the metallic conductor with temperature.

It consists of a thin layer of metal connected to a thermal reservoir. PbS or PbTeO3 layer is used as coating material. The long wavelength sensitivity limit for the PbS cell is 3.5μ and for the PbTeO3 cell is 6μ.

A nonmetal detector of greater sensitivity is the photoconductive cell but it is rarely used in infrared spectroscopy.

A recorder in IR spectroscopy is used to record the spectrum obtained from analyzed substances.

The infrared spectrum is used to identify structures of many organic and inorganic molecules because functional groups give rise to characteristic bands both in terms of intensity and frequency or wavelength. The spectrum diagram for 2-hexanone is given below the picture. 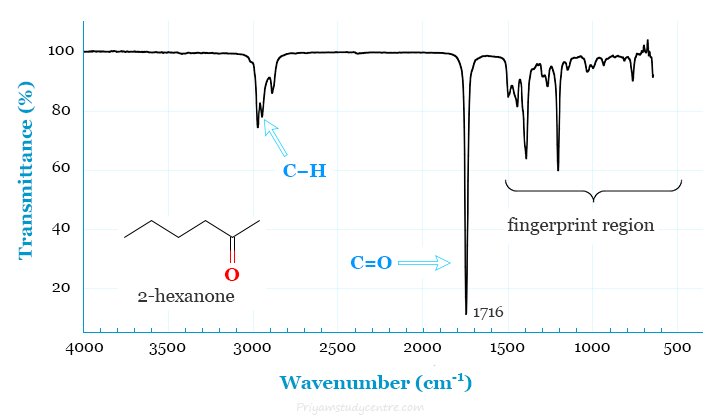 Infrared (IR) spectroscopy is a simple and reliable technique that is used widely in various fields of science to analyze organic and inorganic substances. The most common uses of IR spectrometers may include,

All modes of molecular vibration are IR active or Raman active. Therefore, Raman spectroscopy uses to examine the vibrational spectra of compounds that do not tend themselves to IR absorption spectroscopy.

The main difference between infrared and Raman spectroscopy are listed below in the table,

Fourier transform infrared spectroscopy (FTIR) is the technique used for recording infrared spectra obtained from an analyzed solid, liquid, and gaseous sample. FTIR spectrometers are mostly used to collect high spectral resolution data in the mid and near-IR regions. The frequency of mid-IR lies between 5000 and 400 cm−1 but near-IR lies between 10,000 and 4,000 cm−1.

The modern Fourier transform infrared (FTIR) spectrometer gives the same information as a simple infrared spectrometer but FTIR is best with respect to performance, speed and sensitivity.

The FTIR spectral data obtained from various compounds are used for separation by gas chromatography. The use of the FTIR method is very low compared to gas chromatography-mass spectrometry (GC-MS). The combination of gas chromatography and Fourier transform infrared spectroscopy (FTIR) is only useful for identifying isomers that have identical masses.