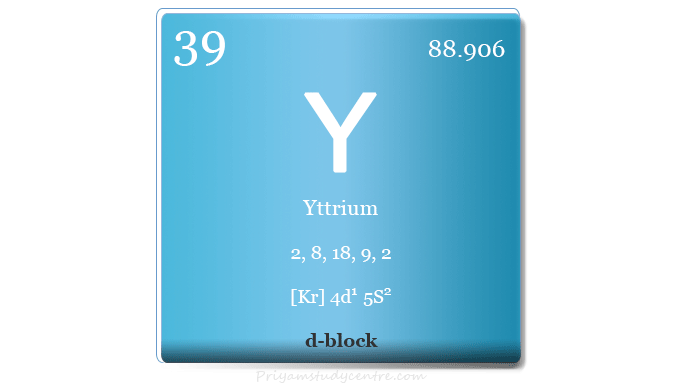 Yttrium is used as an additive in aluminium and magnesium alloys and an enhancer for metals chromium, molybdenum, titanium, and zirconium. It is also used in the production of various types of synthetic garnets such as yttrium iron garnets and yttrium, iron, aluminium, and gadolinium garnets.

Yttrium oxide was identified by Finnish chemist Johan Gadolin in 1789 from Carl Axel Arrhenius heavy black rock sample. The complete analysis of the sample was published in 1794. The name of the metal was derived from the Swedish village of Ytterby.

Naturally, it has only one isotope 89Tb. It also contains 35 unstable radioactive isotopes that can be prepared by various artificial nuclear reactions. The isotope yttrium-90 is used in medicine for the treatment of cancers.

These isotopes are the most common nuclear fission products of uranium during nuclear explosions or nuclear reactors operation. The most important isotopes 91Y and 90Y are obtained during radioactive pollution or waste management.

88Y (half-life of 106.6 days) and 91Y (half-life of 58.51 days) are the most stable radioisotopes of yttrium. Most of the other isotopes have half-lives of less than a day. The primary radioactive decay mode of isotopes is electron capture or beta decay.

The properties of the metal are similar to that of lanthanides or rare earth metals. It is found always with rare earth minerals.

The 39 electrons of yttrium are distributed in different energy levels to show the following electronic configuration given below the picture, 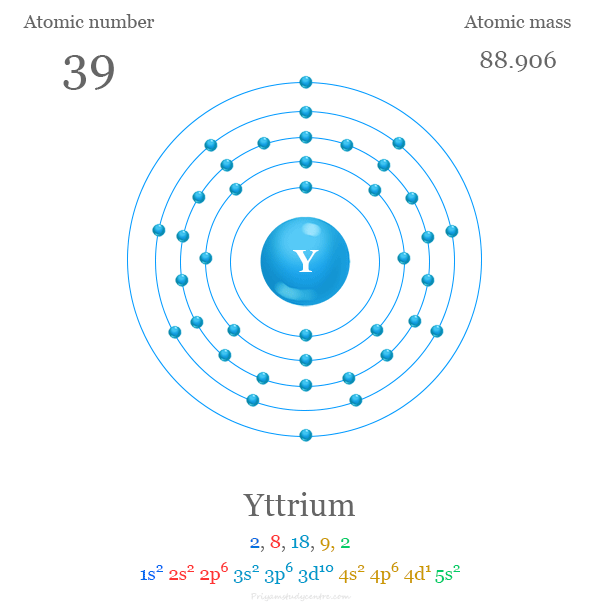 Yttrium in the periodic table

It is placed in group 3 and period 5 of the periodic table. It is a transition metal or rare earth metal that lies between strontium and zirconium. 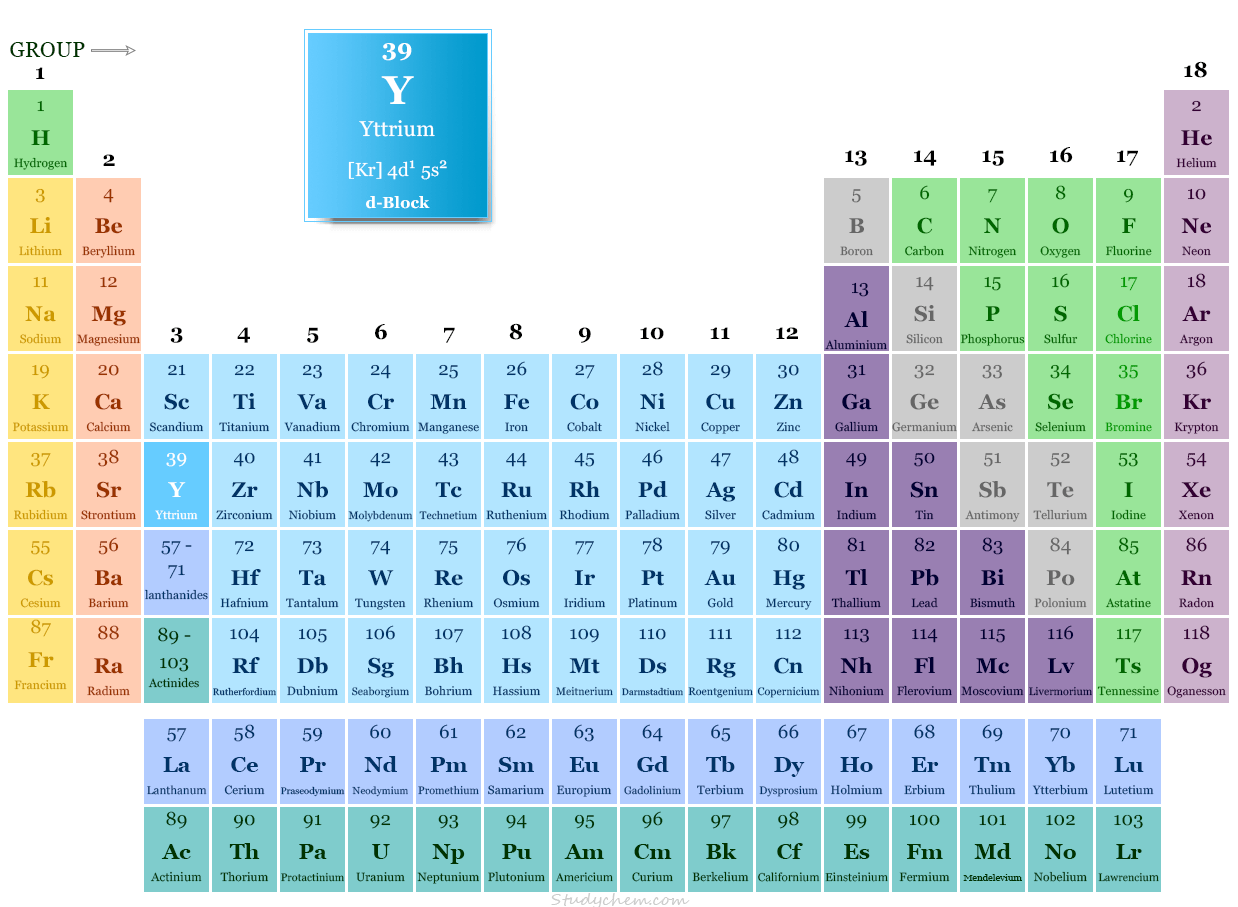 Commonly, all three valence electrons of the Y atom participate in chemical bonding to form various types of chemical compounds. The fluoride, hydroxide, and oxalate of yttrium are water-insoluble compounds but bromide, chloride, iodide, nitrate, and sulfate are water-soluble compounds.

What is cerium? Cerium is a chemical element or rare earth metal in the periodic table with the symbol Ce and atomic number 58. It...