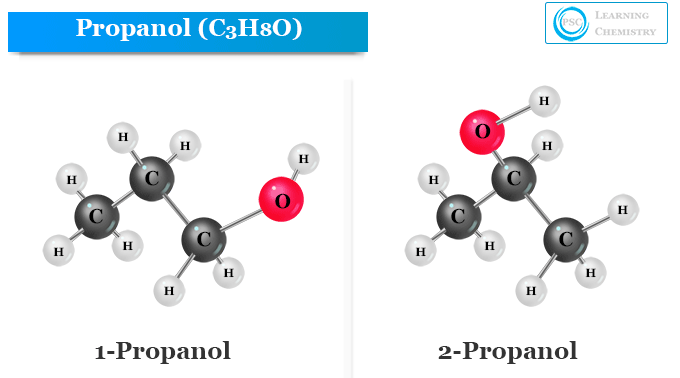 It is used widely in antiseptic, cleaning agents, astringents, and muscle ache treatments. Currently, propanol uses for the production of propylene which is an important substance in chemical industries. It is less toxic than methanol and ethanol.

It has two isomers like 1-propanol or n-propyl alcohol and 2-propanol or isopropanol. Both the compounds are widely used as a solvent and intermediate in the pharmaceutical and chemical industries.

They are also used widely in electronics cleaning products. Isopropanol (one of these two isomers) is used to manufacture various types of organic compounds such as acetone, glycerol, isopropyl acetate, etc.

Propanol is used as a solvent in many pharmaceuticals and chemical processes. Two isomeric compounds, n-propyl alcohol, and isopropanol can dissolve a wide range of non-polar chemical compounds. Therefore, they can be used to dissolve ethyl cellulose, polyvinyl butyral, essential and other oils, alkaloids, gums, resins, etc.

It is also used for the production of other solvents such as antifreeze, lacquer, soap solutions, dye solutions, etc.

We also used a topical rub of propanol to relieve muscle pain. Early days, it can be used in anesthesia but it causes several types of toxic side effects on humans. Therefore, propanol is not safe to use in anesthesia.

Propanol has a high octane number and is quite suitable for use as a biofuel in engines. It is also less toxic and less volatile compared to methanol. But the use of propanol as a biofuel does not gain much more attention due to its production cost compared to gasoline.

The energy density of propyl alcohol is not much higher than ethanol and not much lower than butanol. Therefore, commonly we use a mixture of propanol–butanol–ethanol as a fuel for engines.

Both the compounds, n-propyl alcohol, and isopropanol are industrially attractive chemical compounds that can be produced by many chemical processes. The most common production process are given below,

Propanol is alcohol with the general molecular formula C3H8O or C3H7OH. It has two isomeric forms n-propyl alcohol and isopropanol with two different structures.

Both the forms contain a carbon chain with three carbon atoms in their structure. The position of the hydroxyl group is different for n-propyl alcohol and isopropanol.

The structure of n-propyl alcohol is given below the picture, 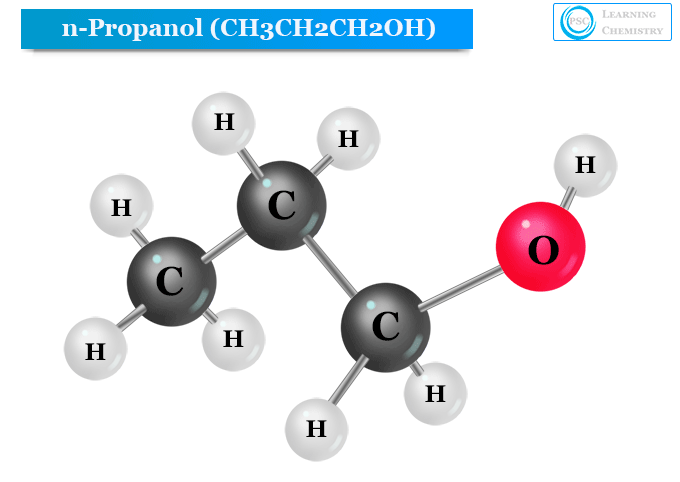 The chemical formula of isopropanol is written as CH3CHOHCH3 or (CH3)2CHOH. Hence an isopropyl group is directly attached to the hydroxyl group in the isopropanol or isopropyl alcohol molecule.

The structure of isopropanol or 2-propanol molecule is given below the picture, 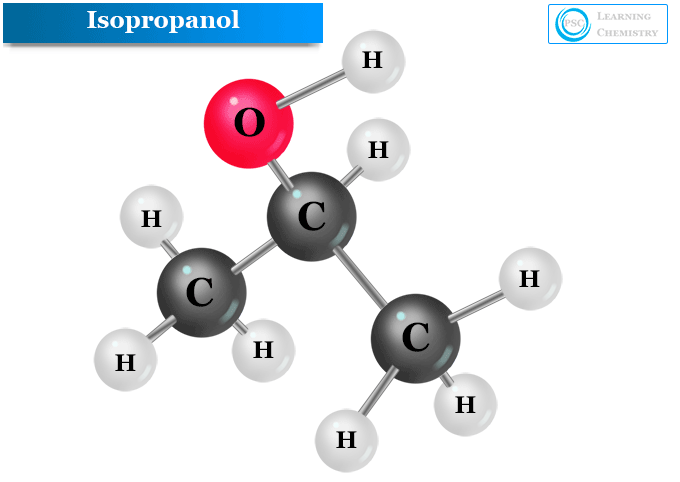