In 1955 Alan Walsh from Australia applied the principle and instrumentation of atomic absorption spectroscopy for the analysis of chemical elements. Many difficult and time-consuming instruments were replaced after the discovery of AAS. 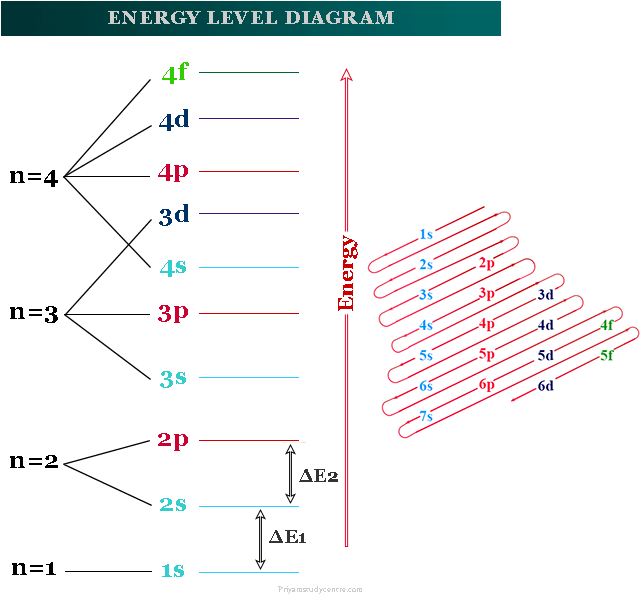 Atoms absorbed light at a definite wavelength depending on the nature of chemical elements.

Light at this wavelength has absorbed energy to excite another electronic state. The electronic transition is specific to a particular element. From the ground state of an atom is excited to a higher energy level by absorption of energy.

Atomic spectra are identified by sharp lines which can be distinguished from broadband spectra associated with molecules. Usually, lines arising from the ground state are almost important in atomic absorption spectroscopy. These are called resonance lines.

We used fuel and oxidant to create an atomic absorption spectroscopy flame. Usually, natural gas, propane, butane, hydrogen, and acetylene are used as fuels to create a flame.

Air, oxygen, nitrous oxide, and a mixture of nitrous oxide and acetylene are used as an oxidant for flame creation in atomic absorption spectroscopy.

A list of various flames with maximum temperate is given below the table,

Some metals are not easily atomized or vaporized. Therefore, we need a high temperature for the vaporization of such metals. Such high temperatures can be attained by using an oxidant in the flame along with fuel gas in atomic absorption spectroscopy.

For example, we used oxyacetylene flame for the analysis of aluminum, titanium, and rare earth elements in an AAS instrument. 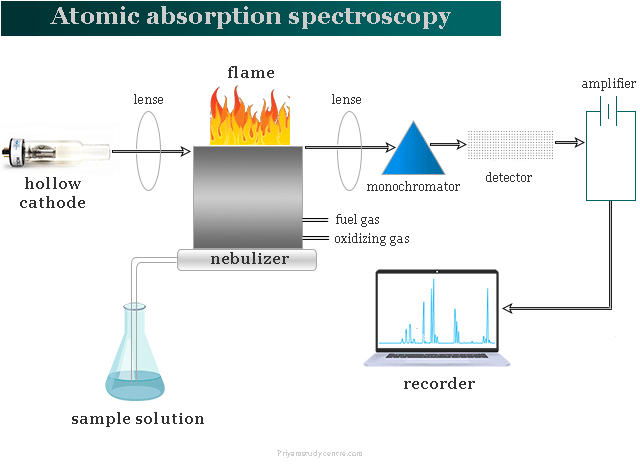 Atomization can be carried out either by a flame or furnace. Heat energy is utilized in atomic absorption spectroscopy to convert metallic elements to atomic dissociated vapor. The temperature should be controlled very carefully for the conversion of atomic vapor. At too high temperatures, atoms can be ionized.

Fuel and oxidant gases are fed into a mixing chamber which passes through baffles to the burner. A ribbon flame is produced in the AAS instrument. The sample is aspirated through the air into the mixing chamber.

We need a continuous source of radiation in the AAS instrument. The extreme narrowness of the absorption line in the sources causes problems. We used a hollow cathode glow discharge lamp to give sharp emission lines for a specific element in atomic absorption spectroscopy instrumentation.

The metal which is used in the cathode is the same as that metal that we analyzed. The lamp is filled with noble gas at low pressure. The lamp forms a glow of emission from the hollow cathode.

A monochromator is an optical device that transmits a narrow band of wavelengths of light or other radiation from a wider range of wavelengths. The atoms in the AAS instrument accept the energy of excitation and emit radiation.

A detector can convert light coming from a monochromator to a simplified electrical signal. Generally, we used a photomultiplier tube as a detector in the atomic absorption spectroscopy instrument. A detector can be tuned to respond by a specific wavelength or frequency.

The recorder can receive electrical signals from the detector to convert them into a readable response. In atomic absorption spectroscopy instrumentation, today we used a computer system with suitable software for recoding signals coming from the detector.

Today, the atomic absorption spectroscopy technique is the most powerful tool in analytical chemistry, forensic science, environmental analysis, and food industries. It is popular for analysts due to several advantages.