What are rare earth elements?

Rare earth elements or lanthanides or inner transition metals are the chemical elements from cerium (Ce) to lutetium (Lu) or f-block elements of the periodic table.  Lanthanum is part of d-block elements according to their outer electronic configuration (5d1 6s2). 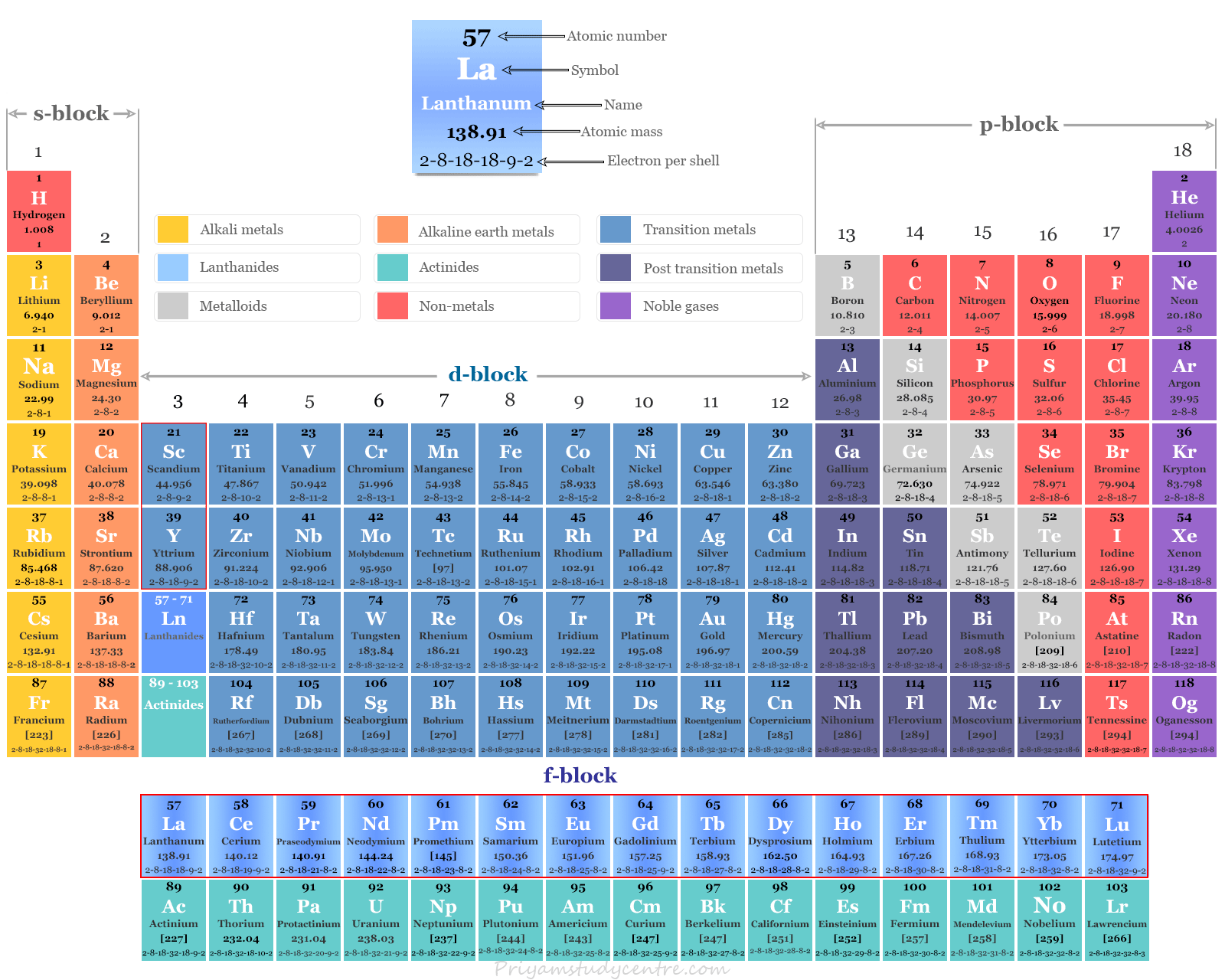 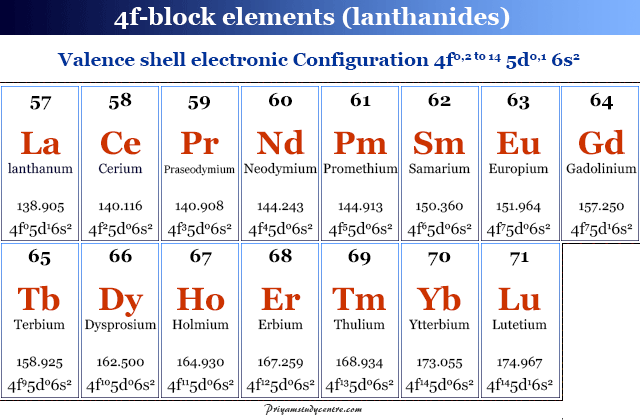 The general electronic configuration of lanthanides are 4f0, 2 to 14 5d0,1 6s2. The elements scandium and yttrium are considered to be d-block elements. But due to chemical properties and occurrence, these two elements are also members of the rare earth family.

The stable and common oxidation state of rare earth metals is +3 (III). It is possible to correlate the stability of lanthanides in various oxidation states with the electronic configuration of their ions.

What is lanthanide contraction?

Except for scandium and yttrium, the atomic and ionic radii of rare earth element steadily decreases along with the lanthanide series. This is commonly known as lanthanide construction. Poor shielding electron of 4f-orbitals causes to steadily raise the effective nuclear change along with the series. Due to this fact, the atomic and ionic radii of lanthanides decrease across the series.

Where are rare earth metals found?

There are more than 200 minerals known which contain rare-earth elements. The two most commercially important minerals of rare earth are monazite and bastnaesite.

Why are rare earth metals important?

All the rare earth metals are very important elements because they are used widely in different chemical processes and chemical industries. Lanthanides or rare-earth metals are used in metallothermic reactions due to their extraordinary reduction character. The process used for the production of pure niobium, zirconium, iron, cobalt, nickel, manganese, tungsten, uranium, boron, and silicon.

Alloys of lanthanides are known as mischmetals. The rare earth element, cerium (45 to 50 percent), lanthanum (25 percent), and neodymium (5 percent) are the major constituents of mischmetals.

It is used for the production of different brands or types of steel with high corrosion resistance and workability. It is an excellent scavenger for the adsorption of elements like oxygen and sulfur. Rare earth alloys are used for making permanent magnets. Neodymium is particularly used in making magnetic alloys.

For decolorizing glasses, we used oxides of rare earth elements like cerium, lanthanum, neodymium, and praseodymium. These elements are used for the production of protective transparent glass blocks. The blocks are used in nuclear technology to protect against radioactive radiation coming from nuclear reactions.

The oxides of rare earth elements absorbed ultraviolet rays from sunlight. Therefore, the glasses which contain lanthanum oxide are used for the production of sunglasses, goggles for glass blowing, and welding work.

Lanthanides elements and their compounds are important materials in the nuclear power generation process. For example, rare earth elements like gadolinium, samarium, europium, and dysprosium have large cross-sections for neutron capture reactions and are used in control rods of atomic piles. Radioactive isotopes of praseodymium are used in solid oxide fuel cells.