What is hydrochloric acid?

Hydrochloric acid or muriatic acid is an aqueous solution of hydrogen chloride gas with the chemical formula HCl. It was historically produced from rock salt. Hydrochloric acid is a strong acid which used widely in various laboratory reagents, cleaning products, and the production of many industrial chemicals. 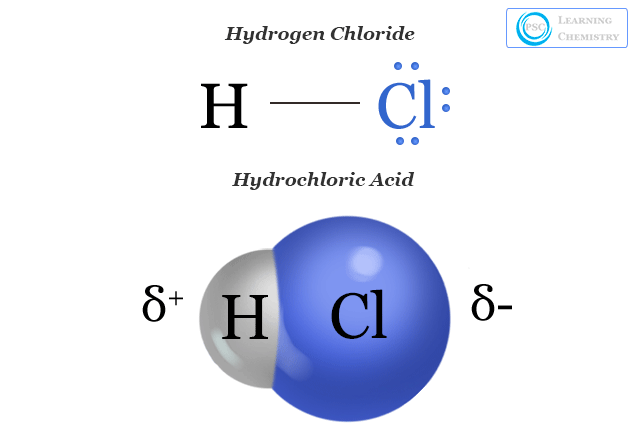 Hydrochloric acid in the hydrometallurgical process is used for the production of many industrial metal halides such as TiCl4, ZrCl4, AlCl3, etc.

Chlorine dioxide is a useful bleaching agent for wood pulp and textile bleaching. It is also a disinfectant used in the food industry and municipal drinking water.

It is a corrosive acid used in the chemical industry for cleaning metal and pickling steel. It is also used to remove stains or rust from metals like iron, copper, etc.

Hydrochloric acid or muriatic acid is a colorless, corrosive, strong mineral acid available in different concentrations of water. Many physical properties such as boiling and melting points, density, pH depend on the concentration or molarity of aqueous HCl solution. The colurless solution of HCl has a highly pungent odor.

Hydrochloric acid is produced at a concentration between 10% and 38% (kg HCl/kg). Higher concentrations of HCl over 40% are chemically possible but it has an extremely high evaporation rate. Therefore, the storage and handling of forty percent or above forty percent HCl required extra precautions.

Bulk industrial-grade HCl has a concentration between 30% to 35%. Solutions of between 20% and 32% are sold as muriatic acid.

The United Kingdom and US household cleaning solutions contain approximately 10% to 12% of HCl. Further dilution is also needed before using HCl solution in household products.

Hydrochloric acid is a strong monoprotic mineral acid that is fully dissociated in water to form hydronium and chloride ions. It is commonly used in laboratories for the neutralization of alkaline agents.

Due to reducing properties and the complexing ability of Cl−, HCl is a better solvent for dissolving iron and manganese oxides than nitric acid (HNO3). The gaseous phase or hydrogen chloride gas significantly increases the steel corrosion rate.

It may be prepared by several chemical and industrial processes. It should be produced industrially by dissolving hydrogen chloride in water.

In the chloralkali process, electrolysis of a mixture of sodium chloride and water (brine solution) should be produced chlorine (Cl2), sodium hydroxide, and hydrogen (H2).

According to EPA, the concentration of hydrogen chloride or muriatic acid in water greater than 37 percent is toxic. Acute or short-term inhalation causes skin and eyes irritation and damaging mucous membranes.

Exposure to HCl is dangerous for humans and animals. Long-term inhalation of HCl by humans may cause coughing, hoarseness, inflammation, ulceration of the respiratory tract, chest pain, and pulmonary edema.

The contact may cause burns, ulceration, and scarring. HCl may change the pH level of our body and denatures proteins. It leads to the formation of edema and tissue necrosis.

Function of hydrochloric acid in the stomach

Hydrochloric acid is one of the major components of gastric juice in the stomach. The most important function of HCl in the stomach is to activate the enzyme pepsin. It is used to digest proteins in the stomach.

The acidity or pH level of the stomach by secretions of HCl is exceedingly low. Such a pH level is very useful for the destruction of some dangerous germs consumed with food. Therefore, it is helpful to destroy bacteria and other harmful species.

It is also necessary for the absorption of vitamin B12 which is needed for the proper development of red blood cells (RBCs).

The stomach should be protected from the strong hydrochloric acid by the secretion of a thick mucus layer and buffering by sodium bicarbonate. When such formation fails, heartburn or peptic ulcers can develop.

Several types of drugs or antacids are used to inhibit the production or neutralization of hydrochloric acid or hydrogen chloride in the stomach.

What is methanol? Methanol or methyl alcohol also called carbinol is a colourless, inflammable, poisonous alcohol with the chemical formula CH3OH. It is missable with...