Radium is a chemical element or radioactive metal found in group 2 of the periodic table with the symbol Ra and atomic number 88. Pure radium is silvery-white alkaline earth metal that readily reacts with nitrogen to form a black layer of radium nitride. 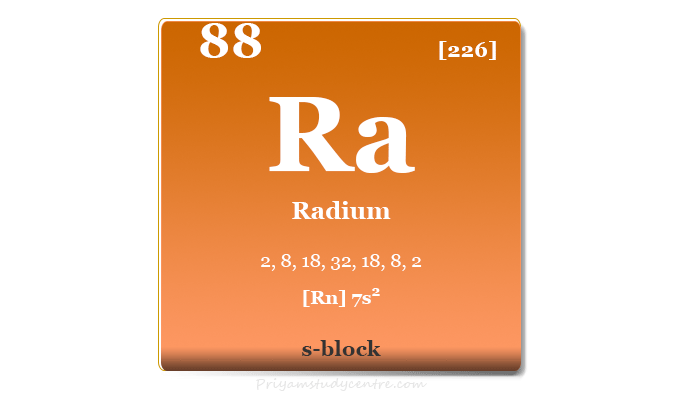 All four isotopes of radium are radioactive in nature. Ra does not occur naturally in significant amounts. It occurs in small amounts in pitchblende. Ra is a radioactive decay product of uranium and thorium decay chains. The most stable isotope, Ra-226 has a half-life of 16 years.

Where is radium found?

Radium is recovered in small quantities as a by-product of uranium refining. It may be produced in less than 100 g a year over the world. Nearly 10 tonnes of ore have to be used for the production of 1 mg of Ra.

How is radium extracted?

With minor modification, the extraction process of radium from pitchblende remains the same as that used by Marie and Pierre Curie.

Radium in the periodic table

It is placed in group 2 and period 7 of the periodic table. Radium is an alkaline earth metal that lies with beryllium, magnesium, calcium, strontium, and barium. 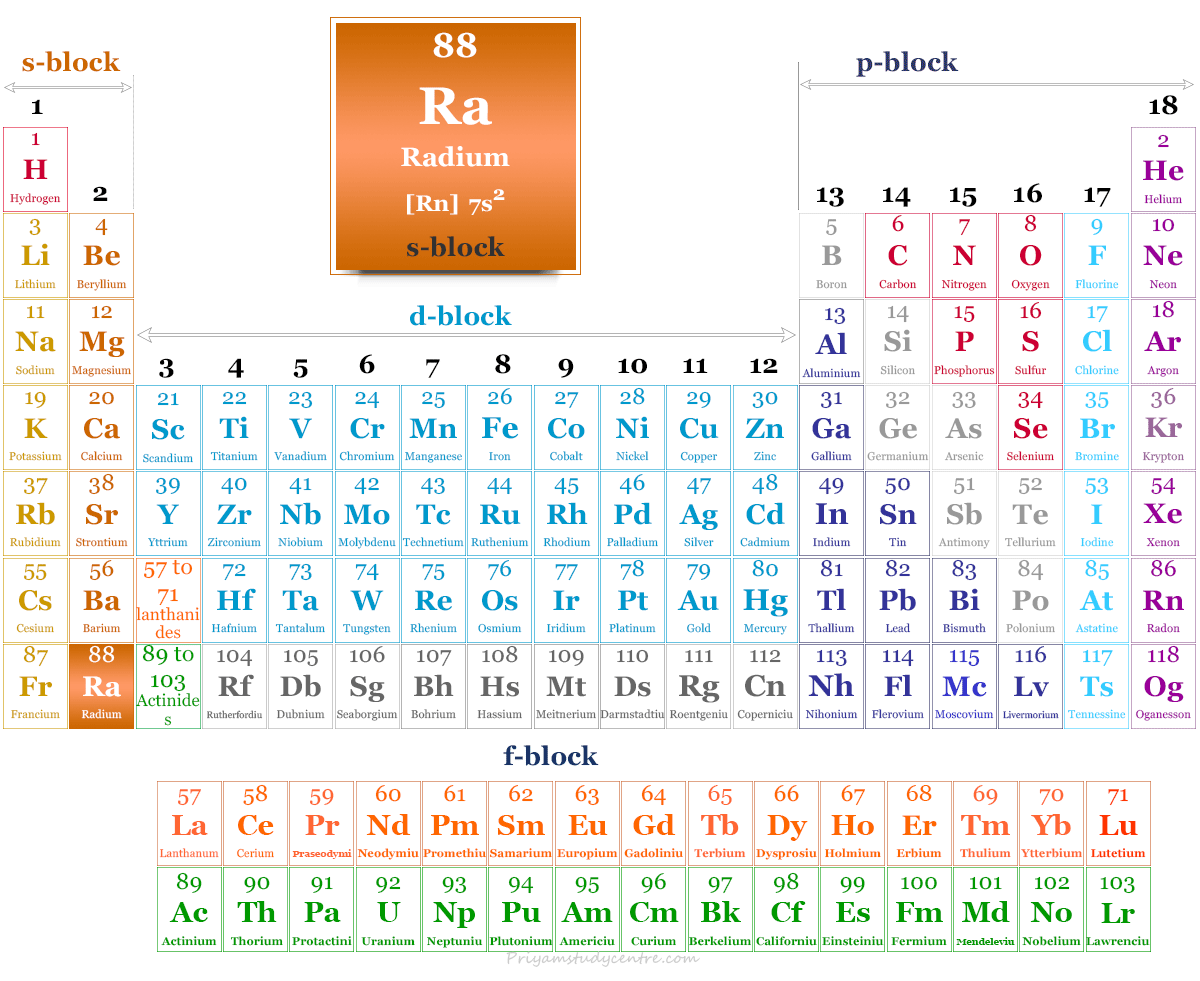 Presently, the use of radium may be reduced due to its high radioactivity.

It is highly radiotoxic and carcinogenic in nature. It is more radioactive than uranium metal. Inhalation of radium may increase the risk of cancer, particularly lung and bone cancer, and causes various serious health problems. A higher level of radium may cause anemia and bone cancer which reduces the growth of our bones.

Exposure to Ra from internal or external sources can cause cancer and other health disorders. Radium and radon emit alpha and gamma rays upon their radioactive disintegration which kill or mutation of cells of our bodies.