Erbium is a chemical element or rare earth metal in the periodic table with the symbol Er and atomic number 68. It is a soft, silvery metallic element that uses for making optical fiber glasses to amplify optical communication signals. Erbium is also alloyed with vanadium to lower its hardness and improves its workability. 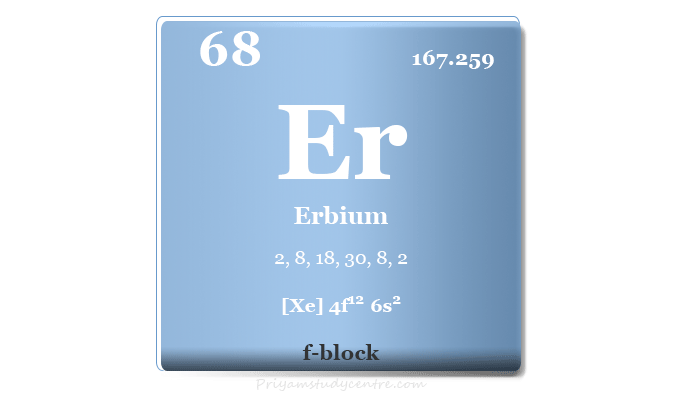 Erbium was discovered in 1843 by Swedish chemist Carl Gustav Mosander from the mineral Ytterby in a gadolinite mine found in Sweden. It was one of three elements found in Ytterby that separated from the mineral gadolinite. He discovered the oxide form of the metal and named it erbia after the village of Ytterby.

Where is erbium found?

Erbium is never found as a free element in nature but an extractable amount is found in rare-earth minerals monazite and bastnaesite. It is one of the more abundant rare-earth metals that mining mostly in China and US.

It can be separated or extracted by ion exchange chromatography and solvent extraction process.

Naturally occurring erbium has six stable isotopes with atomic masses 162, 164, 166, 167, 168, and 170. It also contains 29 synthetic radioactive isotopes that can be synthesized by various artificial nuclear reactions. Most of these radioactive isotopes have half-lives of less than 4 minutes.

The primary radioactive decay mode of these radioactive isotopes is electron capture or beta decay.

The element erbium is a silvery-white, malleable rare earth metal belonging to the lanthanide series in the periodic table. Like other lanthanides, it commonly shows a +3 oxidation number or state.

The 68 electrons of the erbium atom are distributed in different energy levels to show the following electronic configuration, 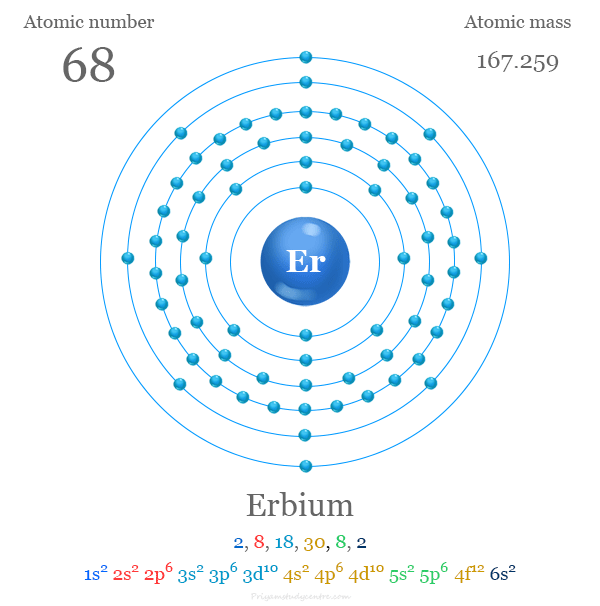 Erbium in the periodic table

The rare earth metal erbium is placed in the f-block of the periodic table. It is lanthanide that lies between holmium and thulium. 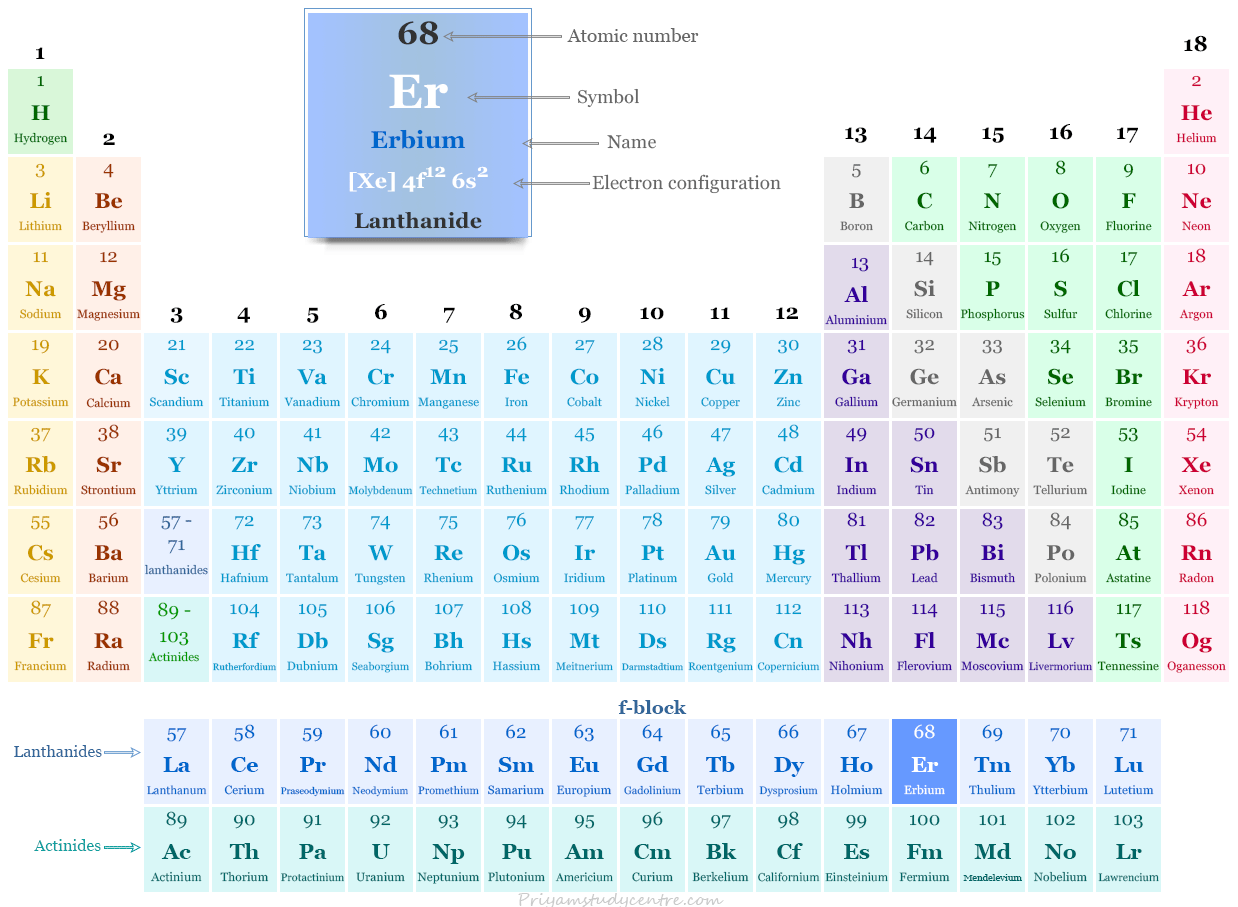 It is a reactive metal that is very stable in dry air at ordinary temperatures but slowly dull in humid atmospheres. It burns in the air or oxygen to form erbium oxide Er2O3.
4 Er + 3 O2 → 2 Er2O3

The rare earth metal Er stands far above hydrogen in the electrochemical series. Therefore, it reacts slowly with cold water and rapidly with hot water by the liberation of hydrogen and the formation of erbium hydroxide.
2 Er + 6 H2O → 2 Er(OH)3 + 3 H2

Reactions with acids are more vigorous but the Er does not dissolve in alkalies. It dissolves readily in dilute sulfuric acid to form solutions containing the yellow Er (III) ions.
2 Er + 3 H2SO4 → 2 Er3+ + 3 SO4−2 + 3 H2

What is erbium used for?

Cobalt Metal Cobalt is a chemical element, lustrous silvery-gray ferromagnetic transition metal of Group 9 (VIIIB) of the periodic table with atomic number 27 and...