Lutetium is a chemical element or rare earth metal in the periodic table with the symbol Lu and atomic number 71. Due to rare occurrences, production difficulties, and high prices, lutetium is used only for research purposes. 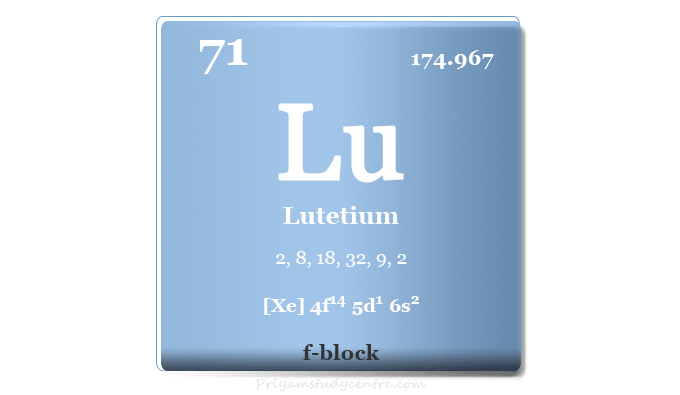 Commercially, it is used as a chemical catalyst for creaking hydrocarbons in petroleum refineries. Currently, lutetium-177 is a useful radiometal in radionuclide therapy for the treatment of neuroendocrine tumors and prostate cancer.

Lutetium was discovered independently by French scientist Georges Urbain, Austrian mineralogist Baron Carl Auer von Welsbach, and American chemist Charles James in 1907. The name of the rare earth metal was given from the word Lutetia, the old name of Paris.

Where is lutetium found?

The free lutetium metal is never found in the earth’s crust but it is found in almost all other rare-earth minerals. The most common and commercially important mineral of lutetium is monazite. Due to isolation difficulty and very rare abundance, the metal is very expensive to buy.

No lutetium-dominant minerals are found in the earth’s crust. The main mining region of the metal is China, United States, Brazil, India, Sri Lanka, and Australia.

Naturally occurring lutetium is a mixture of two stable isotopes with atomic masses 175 to 176. At least 34 radioactive isotopes have been obtained by various artificial nuclear reactions. The element also contains 43 nuclear isomers.

Most of these radioactive isotopes have half-lives of less than half an hour. The primary radioactive decay mode of lutetium isotopes is electron capture or beta decay.

Currently, lutetium-177 is the most commonly used radiometal in radionuclide therapy for the treatment of neuroendocrine tumors and prostate cancer. Lu-177 is a medium-energy β-emitter and deposits short-range energy in tissues. It decreases the toxic effects on normal tissues and is suitable for the treatment of disseminated metastatic cancer.

Lutetium is a silvery white metal that resists corrosion in dry air but not in humid atmospheres. It is the smallest atom among the lanthanide atoms due to the lanthanide contraction. Therefore, the density, melting point, and hardness of the metal are highest among lanthanides.

Lutetium in the periodic table

The rare earth metal lutetium is placed in the f-block of the periodic table. It is the last member of the lanthanide series that lies after ytterbium. 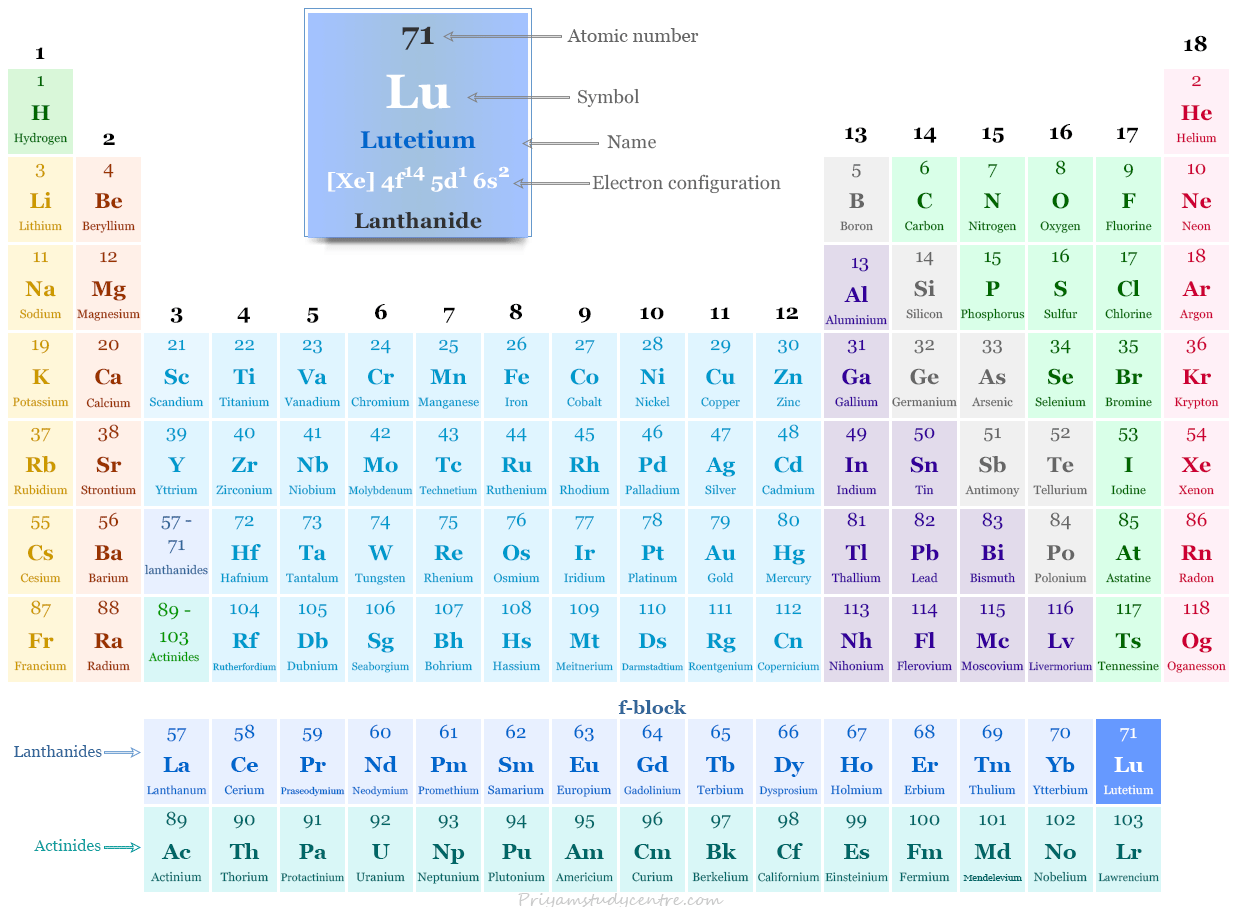 The 71 electrons of the lutetium atom are distributed in different energy levels to show the following electronic configuration given below the picture, 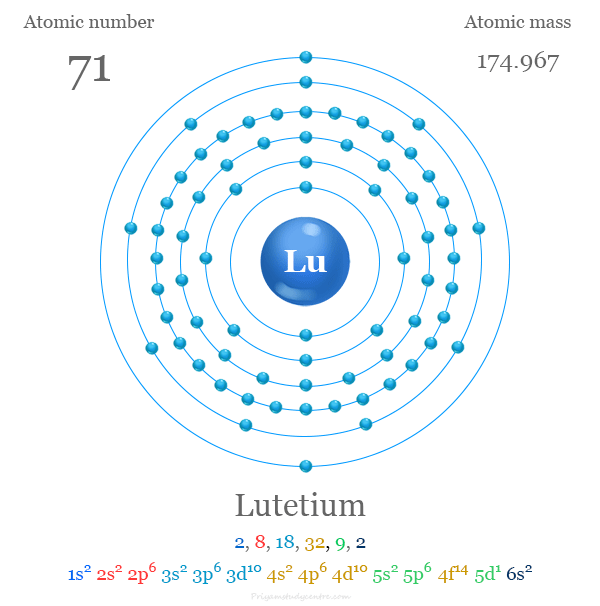 Like most other lanthanides, it usually shows a +3 oxidation number or state but compounds with 0, +1, and +2 states are also found. Except for iodide, aqueous solutions of most lutetium salts are colorless that crystalize to form white crystalline solids.

It is slightly unstable in dry air under ordinary conditions but rapidly dull in humid atmospheres. It readily reacts with oxygen at 150 °C to form Lu (III) oxide Lu2O3. The resulting oxide is an absorbing agent for water and carbon dioxide.
4 Lu + 3 O2 → 2 Lu2O3

It forms trihalides salts when reacts with halogens like fluorine, chlorine, bromine, and iodine. Except for the fluoride, all halide salts are soluble in water.
2 Lu + 3 X2 → 2 LuX3 (X = F, Cl, Br, I)

Lutetium is little used outside research due to its rare occurrence, production difficulty, and high price. It has very few commercial uses.