Gadolinium is a chemical element or rare earth metal in the periodic table with the symbol Gd and atomic number 64. It is the reactive and softest lanthanide that is stored under an inert fluid to protect it from atmospheric oxygen or moisture. 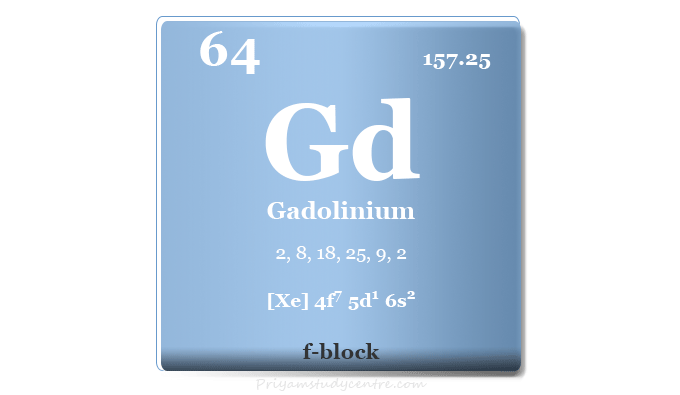 Gadolinium oxide was discovered by Jean Charles de Marignacn in 1880 by using spectroscopy. The name of the element was given in the honor of scientist Johan Gadolin. The pure metal was first isolated by the French chemist Paul-Émile Lecoq de Boisbaudran in 1886.

The primary radioactive decay mode of gadolinium isotopes is electron capture or beta decay. Like other lanthanides, various radioactive isotopes of Gd are produced during nuclear fission reactions.

It is one of the light rare earth metals belonging to the lanthanide series in the periodic table. The metal Gd shows ferromagnetic properties and gadolinium is more ferromagnetic than iron at low temperatures. It also contains superconductive properties.

It crystallizes to form a hexagonal close-packed structure at room temperature. When heated above 1,235 °C, it transforms into a body-centered cubic crystal lattice.

It contains 64 electrons that are arranged in the configuration of [Xe] 4f7 5d1 6s2. Gadolinium does not show a general trend of electronic configuration. 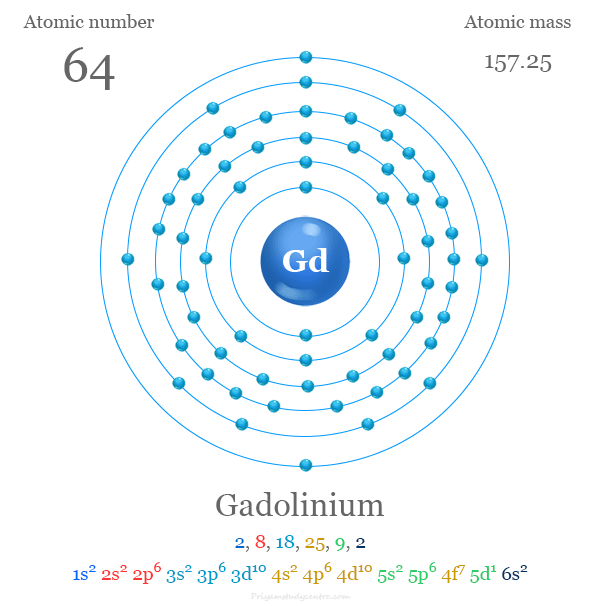 The 4f and 5d orbitals in Gd are about the same energy levels. Therefore, the Gd atom has a tendency to retain a half-filled 4f configuration. Generally, three valence electrons of gadolinium participate in chemical bonding due to the same reason.

Gadolinium in the periodic table

It is placed in the f-block of the periodic table. Gadolinium is rare earth metal or lanthanide that lies between europium and terbium. 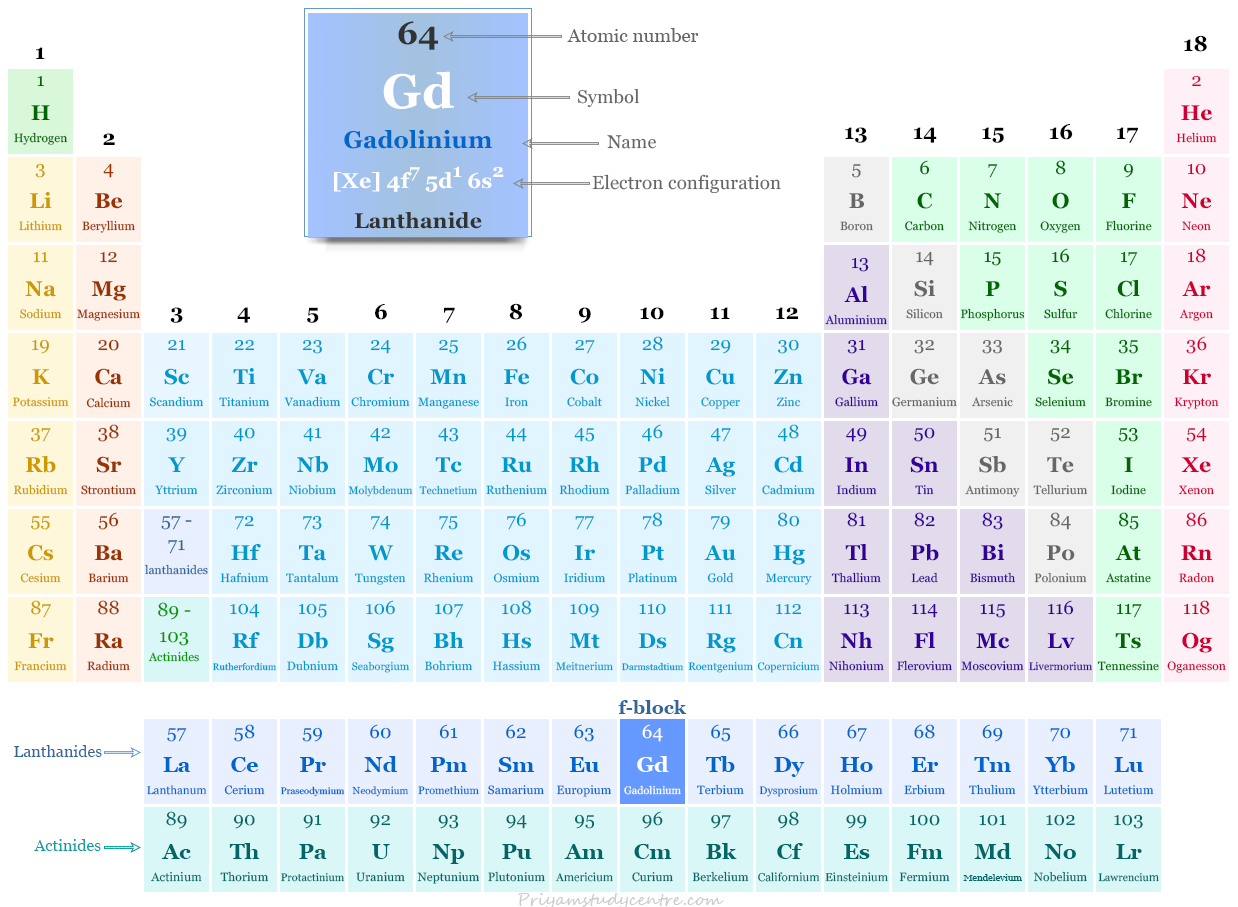 Like other lanthanides, it behaves as an active metal. It combines most of the periodic table elements to form Gd (III) derivatives.

Metallic gadolinium is relatively stable in dry air but it tarnishes quickly in humid air to form an oxide layer.
4 Gd + 3 O2 → 2 Gd2O3

The electropositive metal gadolinium dissolve slowly in cold water but quite quickly in warm water by the liberation of hydrogen and formation of Gd(OH)3.
2 Gd + 6 H2O → 2 Gd(OH)3 + 3 H2

It is a strong reducing agent that reduces various metal oxides to form their elemental state. It also combines with nitrogen, carbon, sulfur, phosphorus, boron, selenium, silicon, and arsenic at elevated temperatures to form their respective binary compounds.

The metal Gd is readily attacked by dilute sulfuric acid to form a colorless solution of Gd(III) ions.