Praseodymium is a chemical element or rare earth metal in the periodic table with the symbol Pr and atomic number 59. It is a soft, ductile, and silvery-white metal that lies with f-block elements or lanthanides. 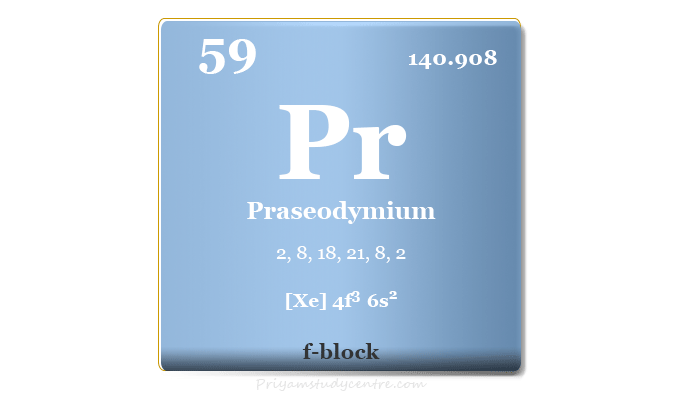 Naturally, praseodymium is found together with other rare-earth metals. The lighter rare earth metal praseodymium was discovered by Austrian chemist Baron Carl Auer von Welsbach in 1885. The name of the metal was derived from the Greek word prasios didymos meaning leek-green twin.

Praseodymium gives high-power magnets when combine with neodymium or other rare-earth metals or 3d transition metals. These magnets are used widely in motors, printers, watches, headphones, loudspeakers, and magnetic storage.

The electronic configuration of Pr is [Xe] 4f3 6s2. Like other lanthanides, it shows a +3 oxidation number or state in an aqueous solution. The +4 oxidation state of praseodymium is also found in many solid compounds.

Where is praseodymium found?

Praseodymium is found commercially in two main ores such as monazite and bastnasite. Monazite is chemically quite inert and mostly concentrated in beach sands and river beds through weathering.

All of these radioactive isotopes have very short half-lives (under a day). The isotopes 143Pr and 141Pr may be found during the fission of uranium in nuclear reactors. The isotope, 147Pr is used for the production of atomic batteries.

It is a soft silver-colored rare earth metal that develops a green oxide coating in the air. The softness of praseodymium compared to that of silver. 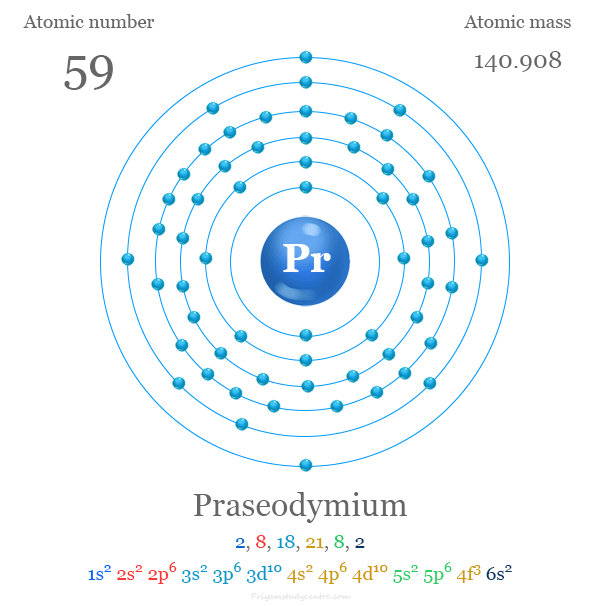 The electron configuration of metal Pr is [Xe] 4f3 6s2. Therefore, it has five valence electrons for forming chemical compounds but the use of all five requires extreme conditions. Normally, praseodymium uses three or sometimes four electrons for chemical bonding with other atoms.

Praseodymium in the periodic table

It is found with f-block elements in the periodic table and third member of the lanthanide series. The rare earth metal praseodymium lies between cerium and neodymium. 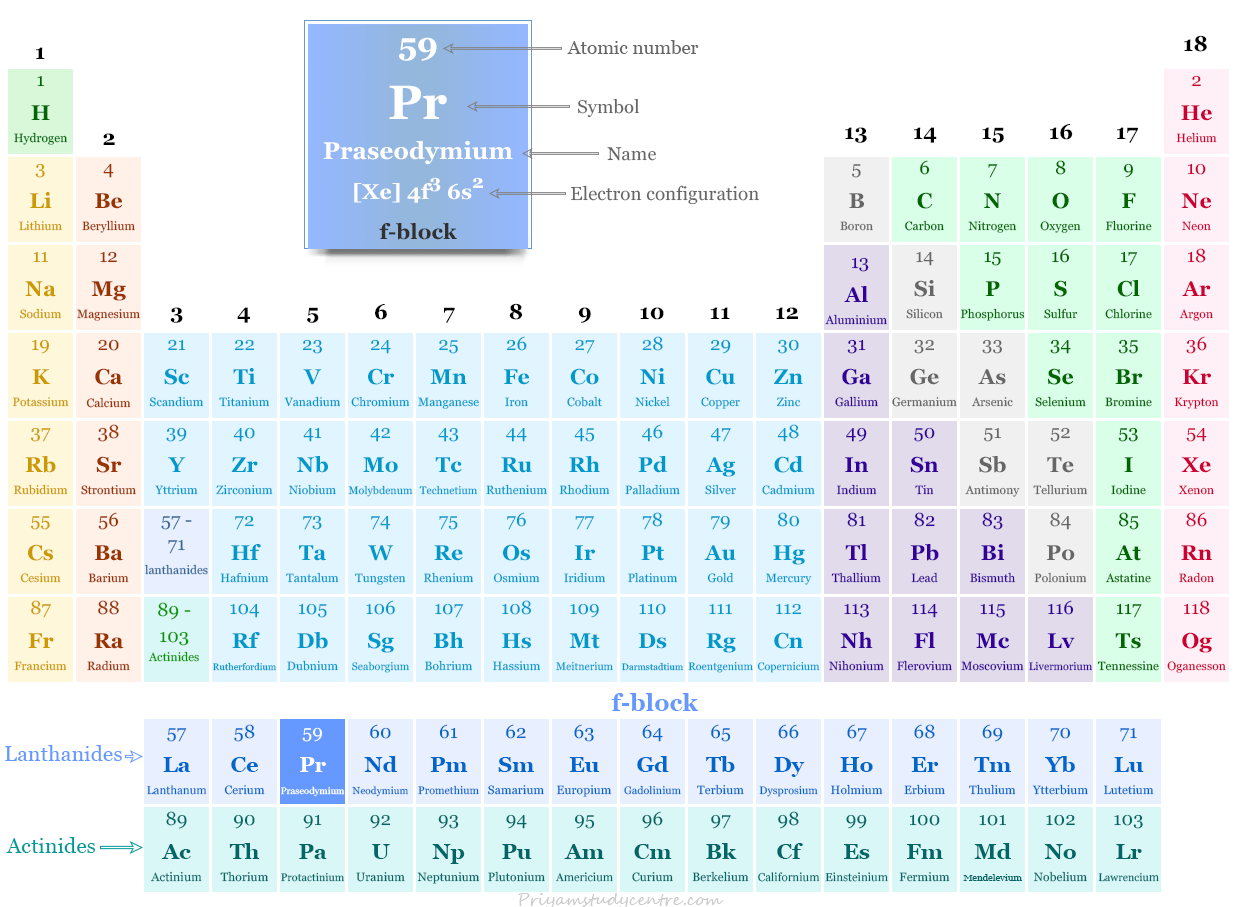 In general lanthanide, praseodymium behaves like an active metal. The electrode potential value of Pr is comparable to that of alkali metals. It acts as a strong reducing agent.

Praseodymium metal tarnishes slowly in the air by the formation of a green oxide layer. Pr burns readily in oxygen at 150 °C to form a nonstoichiometric praseodymium oxide with the chemical formula Pr6O11.
12 Pr + 11 O2 → 2 Pr6O11

The metal praseodymium dissolves slowly in cold water but more rapidly in warm water with the liberation of hydrogen. It forms Pr (III) hydroxide with water.
2 Pr + 6 H2O → 2 Pr(OH)3 + 3 H2

Praseodymium metal reacts with all the halogens like chlorine, fluorine, bromine, or iodine to form trihalides. PrF3 is precipitated by the addition of HF or a soluble fluoride to a Pr+3 salt solution.