Holmium is a chemical element or rare earth metal in the periodic table with the symbol Ho and atomic number 67. Like other lanthanides, it is the reactive and softest metal that can form a yellowish oxide coating when exposed to air or oxygen. 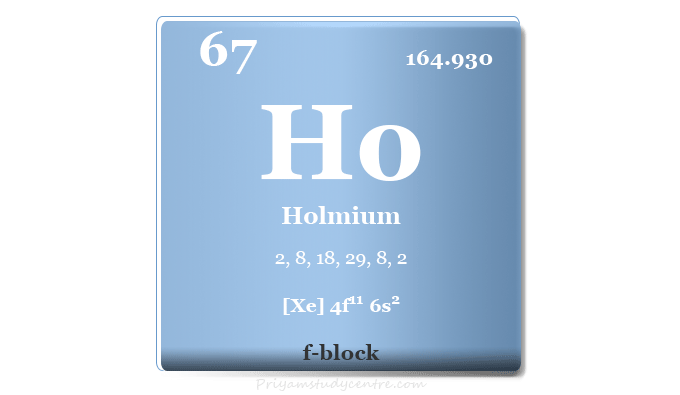 Holmium is used in solid-state lasers for microwave equipment and optical fibers technology. It is also used to create a magnetic flux concentrator for making artificial magnets and glasses which using in optical spectrophotometers for calibration.

It was discovered in 1878 by Swedish chemist Per Theodor Cleve and independently by Jacques-Louis Soret and Marc Delafontaine. The name of the element comes from the Latin word Holmia means the city of Stockholm.

Where is holmium found?

Holmium is found in nature together with other rare-earth metals. The abundance of the metal is similar to that of tungsten. Like many other lanthanides, it is found in the minerals monazite and gadolinite and extracted or separated commercially by ion-exchange chromatography techniques.

Most of the world’s production of holmium comes from the mining areas of China, USA, Brazil, India, Sri Lanka, and Australia.

The metastable 166m1Ho (half-life of around 1200 years) has been used in nuclear physics for the calibration of gamma-ray spectrometers.

Holmium is a soft, malleable, lustrous metal with high electrical conductance. It is a silvery colour metal belonging to the lanthanide series of the periodic table.

The 67 electrons of holmium are distributed in different energy levels or orbitals to give the following electronic configuration, 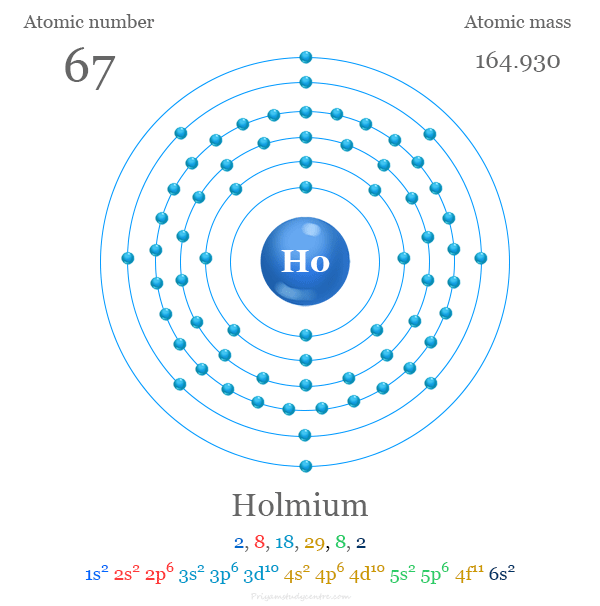 Holmium in the periodic table

The rare earth metal holmium is placed in the f-block of the periodic table. It is lanthanide that lies between dysprosium and erbium. 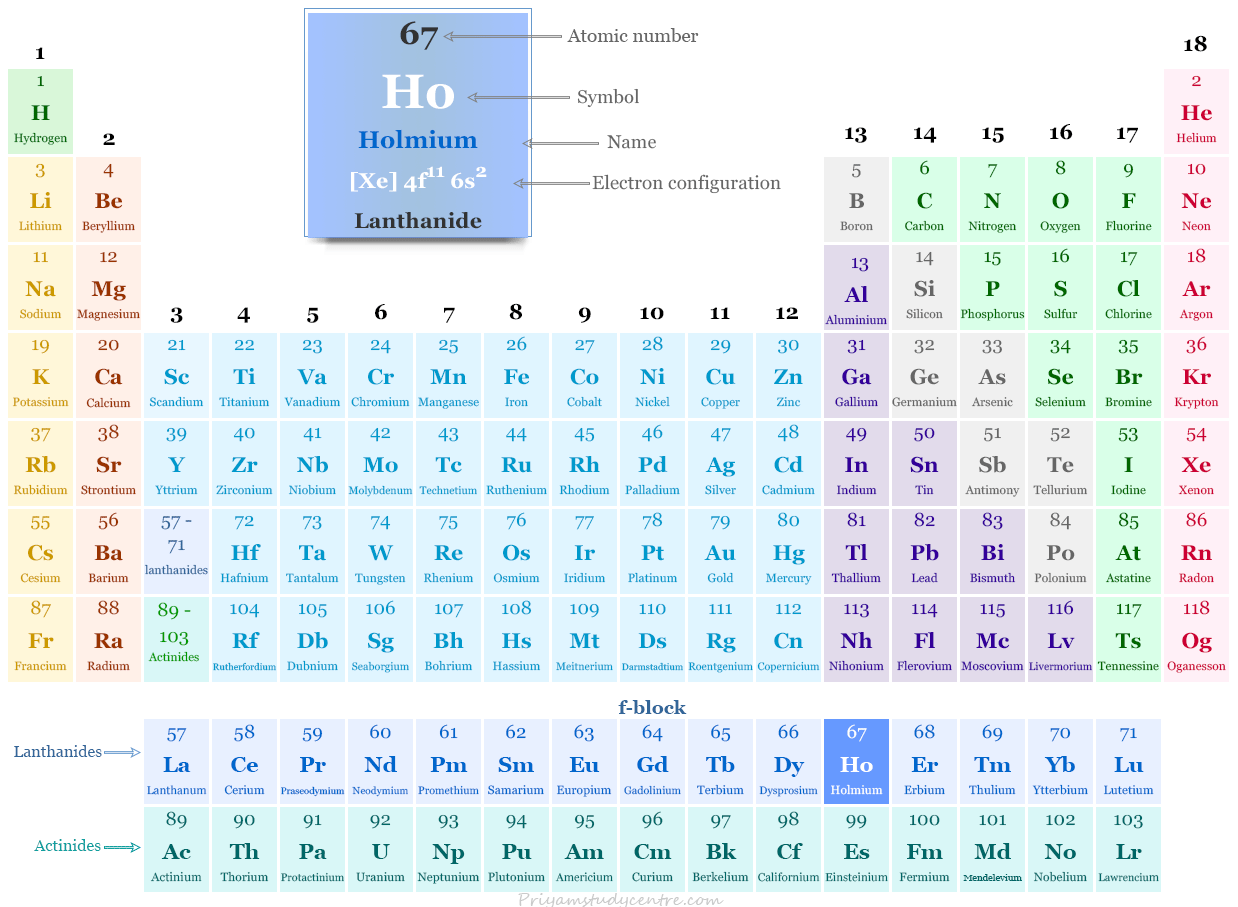 Holmium is a highly reactive and electropositive rare earth metal that is stable in dry air at ordinary temperatures but rapidly dull in humid atmospheres. It burns in the air to form yellow oxide Ho2O3.
4 Ho + 3 O2 → 2 Ho2O3

It stands far above hydrogen in the electrochemical series. Therefore, it reacts slowly with cold water and rapidly with hot water to liberate hydrogen gas.
2 Ho + 6 H2O → 2 Ho(OH)3 + 3 H2

Reactions with acids are more vigorous but the metal does not dissolve in alkalies. It dissolves readily in dilute sulfuric acid to form solutions containing the yellow holmium (III) ions.
2 Ho + 3 H2SO4 → 2 Ho3+ + 3 SO4−2 + 3 H2

What is holmium used for?