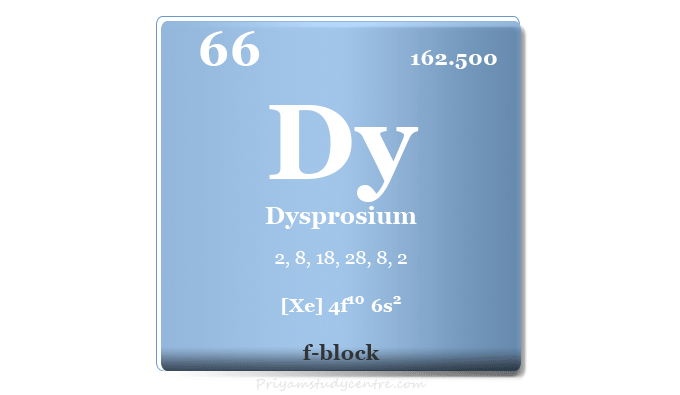 The application of a pure form of dysprosium is very little. The metal and its compounds are used mainly for improving the workability of neodymium–iron–boron magnets, neutron-absorbing materials for control rods in nuclear power reactors, laser materials, and commercial lighting.

Dysprosium was first identified in 1886 by French chemist Paul Émile Lecoq de Boisbaudran. The pure form of the element was not isolated before the discovery of ion-exchange chromatography techniques. The name of the rare earth metal was given for the Greek word dysprositos means hard to get.

Where is dysprosium found?

It is never found in nature as a free element and no dysprosium-dominant mineral has been found yet in the earth’s crust. Like other various lanthanides, dysprosium is found in the minerals monazite and bastnaesite. It may also be found in smaller quantities in xenotime and fergusonite.

It can be extracted or separated from rare earth minerals by ion exchange chromatography and solvent extraction process. Today, it is primarily synthesized through an ion exchange process from monazite sand.

In medicinal chemistry, the isotope 165Dy is used in arthritis therapy or radiosynovectomy.

Dysprosium is a silvery white soft solid at room temperature. It is oxidized in air to form an oxide layer. The metal is soft enough to cut by a knife and readily attacked and dissolved by dilute and concentrated mineral acids like sulfuric acid, nitric acid, or hydrochloric acid.

The 66 electrons of dysprosium are distributed in different orbitals to give the following electronic configuration, 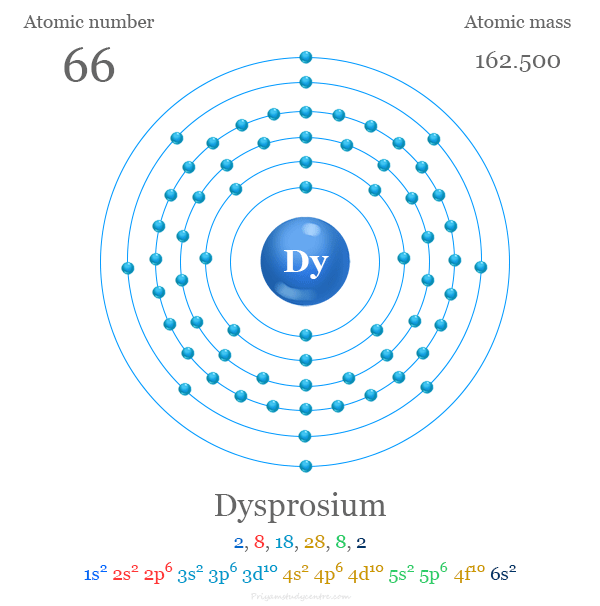 The valence shell electron configuration of the metal is [Xe] 4f10 6s2. Like other lanthanides, it commonly uses three electrons for chemical bonding purposes to show a +3 oxidation number or state.

Dysprosium in the periodic table

The rare earth metal dysprosium is placed with the f-block elements of the periodic table. It is lanthanide that lies between terbium and holmium. 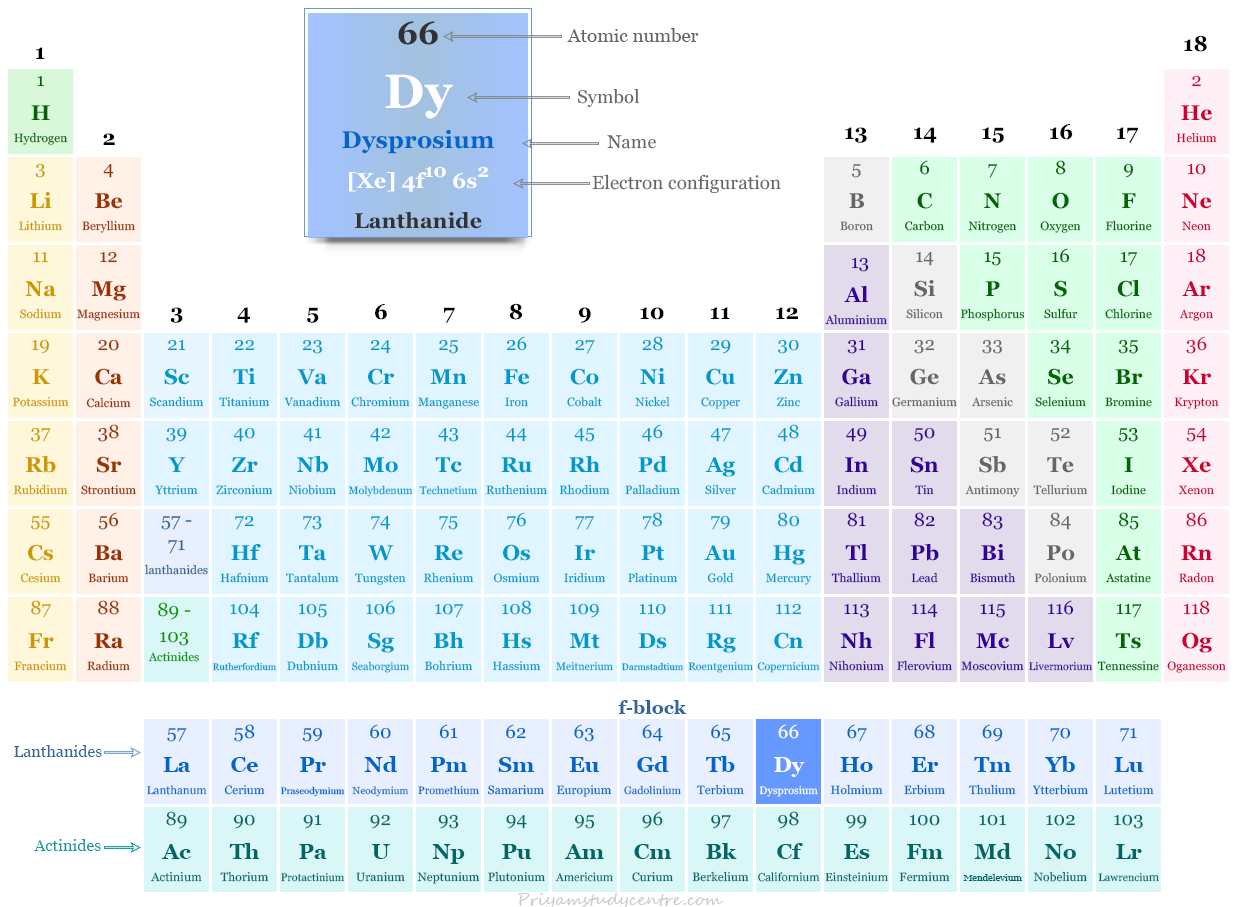 The pure metal is quite electropositive and hazardous element for the environment because it reacts with water to form flammable hydrogen gas.
2 Dy + 6 H2O → 2 Dy(OH)3 + 3 H2