Terbium is a chemical element or rare earth metal in the periodic table with the symbol Tb and atomic number 65. It is the reactive and softest lanthanide that is readily oxidized by atmospheric oxygen or moisture. 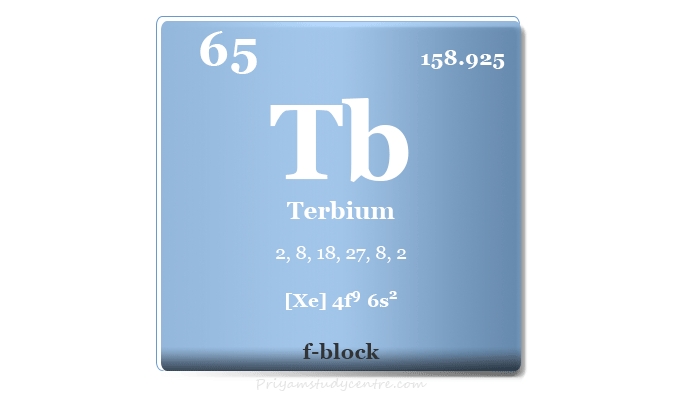 Terbium is used in solid-state devices by doping it with calcium fluoride, calcium tungstate, and strontium molybdate. It is also used for making color tv tubes, low-energy lightbulbs, mercury lamps, semiconductor devices, and trichromatic lighting technology. Terbium is alloyed with dysprosium and iron to maintain the strength of the magnetic field.

It was discovered in 1843 by Swedish chemist Carl Gustaf Mosander from an impurity in yttrium oxide (Y2O3). The name of the f-block element terbium was given after the village of Ytterby in Sweden. The pure form of Tb was not isolated until the discovery of ion exchange chromatography techniques.

Where is terbium found?

Terbium is never found free in nature. It can be found in many minerals of other rare earth elements but no terbium-dominant mineral has yet been known.

It may be separated from minerals monazite and bastnaesite by ion exchange chromatography and solvent extraction. The main mining areas of terbium-rich minerals are China, the USA, India, Sri Lanka, Brazil, and Australia.

It is a soft, malleable, ductile, silver-gray metal that is stable in dry air but oxidized slowly in humid air. It is soft enough to cut by a knife.

Terbium in the periodic table

The rare earth metal terbium is placed in the f-block of the periodic table. It is a lanthanide that lies between gadolinium and dysprosium. 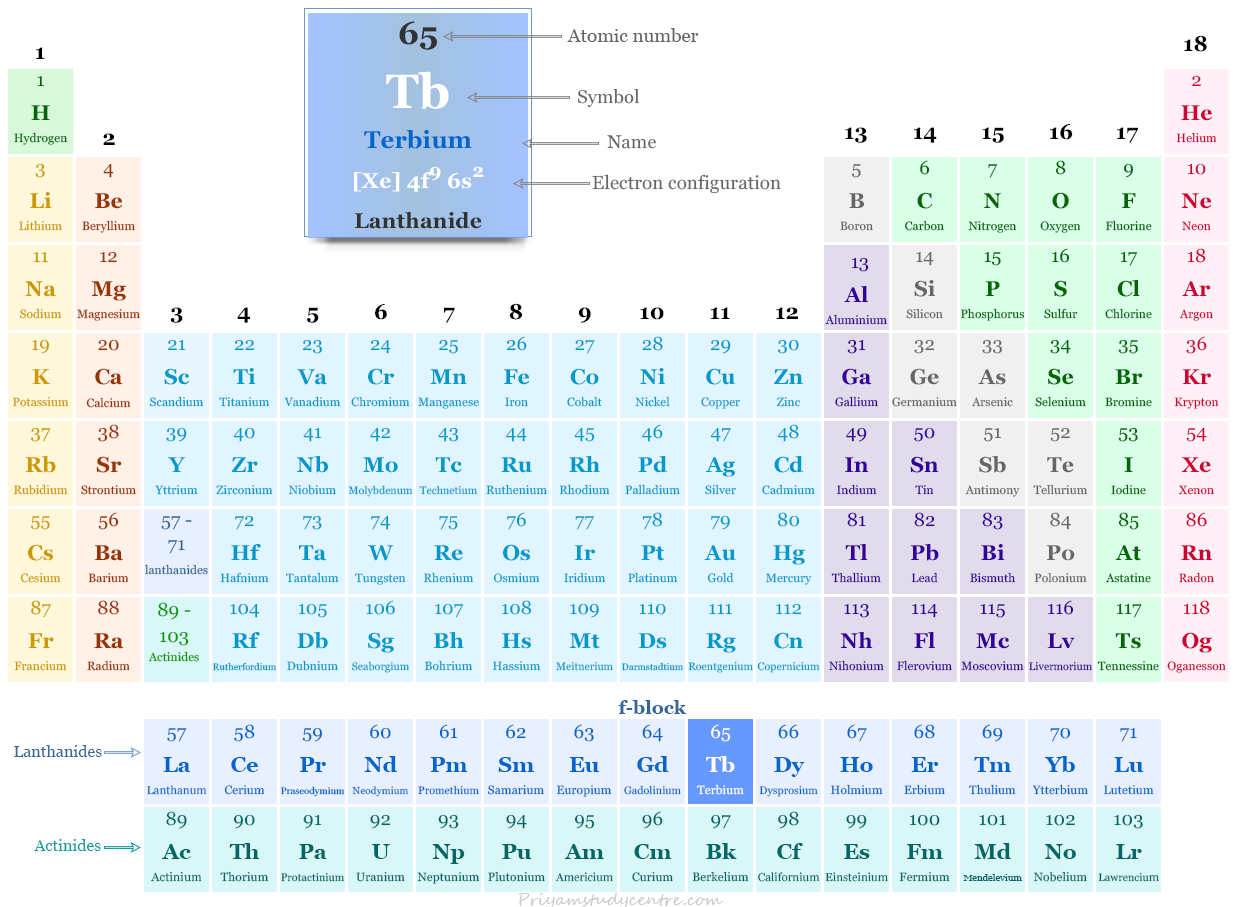 The 65 electrons of a terbium atom are arranged to show the electronic configuration of [Xe] 4f9 6s2. Generally, it shows a +3 oxidation number or state by losing three electrons. 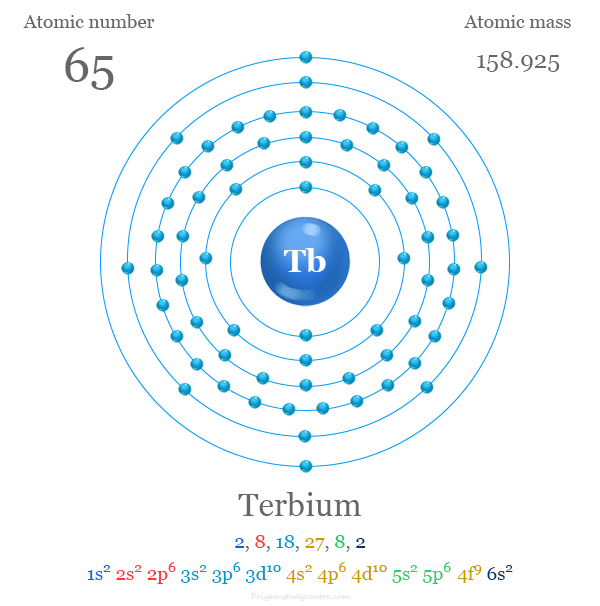 The stability of the half-filled [Xe] 4f7 configuration allows further ionization of a fourth electron to show a +4 oxidation number or state.

Like other lanthanides, terbium behaves as an active metal. It combines most of the periodic table elements like metals and non-metals to form Tb (III) and Tb (IV) derivatives. It combines with nitrogen, carbon, sulfur, phosphorus, boron, selenium, silicon, and arsenic at elevated temperatures to form their respective binary compounds.

The electropositive metal terbium dissolves slowly in cold water but quite quickly in warm water by the liberation of hydrogen gas and formation of Tb(OH)3. In solution, it forms trivalent species but may be oxidized to the tetravalent state with ozone gas in a highly basic medium.
2 Tb + 6 H2O → 2 Tb(OH)3 + 3 H2