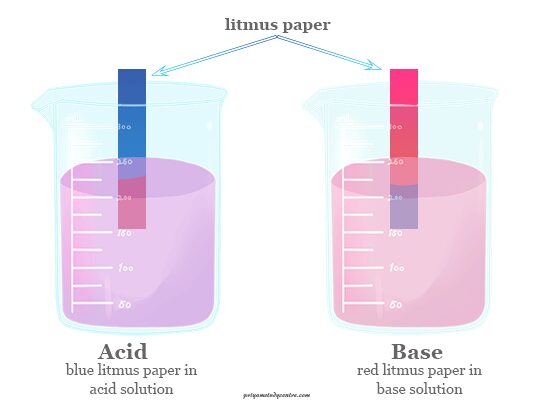 A strong acid molecule can react with the strong base molecule to form a neutral salt solution. But due to some limitations, we can not explain acids and bases definition, properties, and neutralization reaction by only one concept or theory.

Arrhenius acid and base

In learning chemistry, Arrhenius acid and base definition suggested that acid dissociate hydrogen ion whereas base hydroxyl ion in water or aqueous solution. 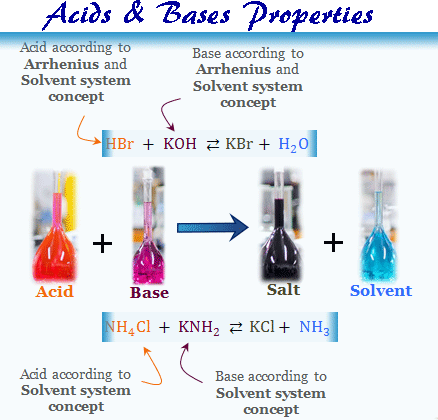 Acids and bases reactions in chemistry are highly useful in explaining the acid base neutralization properties in solution. When a strong acid HA reacts with a strong base BOH in the water solution, all are completely dissociating.

The heat of neutralization is the heat change associated with the neutralization of 1 g equivalent acid by alkali in their very dilute solution. Dilute concentration is used in order to avoid any heat change due to the mixing of acid and base.

Neutralization is a chemical equilibrium reaction or exothermic reaction. The heat of neutralization of strong acid and strong base is found to be a constant, equal to 13.6 kcal at 25 °C temperature.

At equilibrium, all strong acids and bases properties to the formation of 1 mole water (molecular weight of water = 18 gm mol−1) and thermodynamics enthalpy change (ΔH) will also be the same.

The solvent system concept is the extension of the Arrhenius water-ion system. The acids and bases properties of ammonia, hydrogen fluoride, hydrogen peroxide, acetic acid, and many organic compounds in the aqueous or nonaqueous solution can easily explain by this theory.

Dissociation of acids and bases in water

Water solution has both acidic and basic properties and it dissociates H+ and OH− ions. But H+ ion is readily polarization by other anion or molecule which exists in the solution.
H2O + H2O → H3O + OH−

Acid base reaction in liquid ammonia

Some examples of acid-base neutralization reactions are given below the chart,